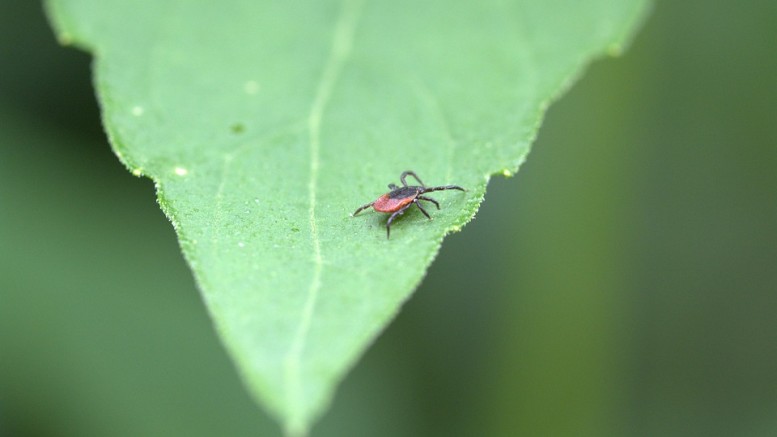 After four months of cardiologist appointments and numerous tests, I finally heard the words, “You’re going to be fine.” I was lying in a hospital bed recovering from a surgery. My nurse and mother were holding my hands cheering. All I could think about was that the nightmare was over; I could have a normal life again.

Last summer, I had contracted Lyme disease. I would always walk around in bare feet outside and never checked for any ticks. I was one of the few infected that did not have a rash from the tick bite and instead of the disease affecting my joints and muscles like normal, the disease affected my heart. My heart would stop for several seconds multiple times a day, but I never had any symptoms to tell me my heart was stopping.

I went through too many EKGs, echocardiograms and MRIs to count. I had an IV Picc line put into my arm for 31 days in which I got injections every morning to kill the Lyme disease parasites. All from a disease that I had never heard about.

I was unaware that the East Coast, especially this area of Maryland, is one of the most prominent places to catch Lyme disease and yet most people do not take precautions against it. I asked 20 people on campus if they knew about Lyme disease. Eight people had never heard of it; four had heard of it but knew nothing about it; six knew of it but said we were not at risk of it here. Only two knew exactly what the disease was, but they knew someone personally who had contracted it.

Most people who do know about the disease often have the same misconception that you have to be hiking or out in the woods to come across a tick. However, common activities such as gardening, playing in a backyard or even walking around campus can put you at risk to contract Lyme disease. Because there are many trees and squirrels on our campus, ticks are most likely present.

The best way to prevent a tick bite is to wear shoes outside, especially in the grass. Depending on the weather, clothes that cover up most of your skin can also help prevent a bite. If you do wear no shoes or little clothing, check your body for ticks or rashes that look like a bulls-eye. Make sure to check everywhere, even the bottom of your feet, scalp and armpits because many people overlook those areas.

I did not have a rash or bite mark so even if I had checked, I might not have known that I was bitten. If you have walked outside barefoot or suspect you might have been bitten, the symptoms for Lyme disease are similar to the flu or strep. It is important to get treated right away because the longer the parasites infect your body, the more extensive treatment you have to go through.

Now that it is spring time and the weather is going to be beautiful soon hopefully, the worst way to end a school year is feeling nauseous and tired all the time. Is it more important to feel the grass between your toes or wear shoes and check yourself after a walk outside? This morning I walked outside and right in Red Square was people sitting there with their shoes off. Hopefully they checked their legs after going inside.

Spring at McDaniel: Yay or Nay?

Enjoying Springtime on the Hill: A Photo Essay