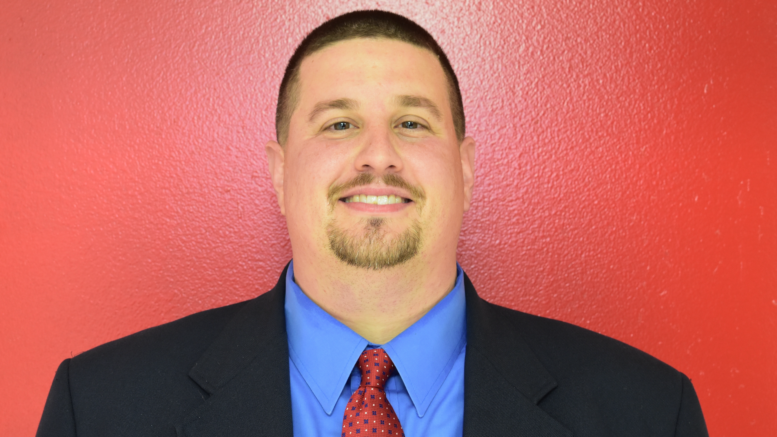 Mentoring and getting to know students at McDaniel College are two things that Jason Eichelberger, the new Athletic Communications Director loves to do.

Eichelberger, who is beginning his 23rd year in Athletic Communications brings a lot of experience and knowledge to the table, and those 23 years does not include his time as a student worker at Randolph-Macon College, a Division III school in Ashland, Virginia, where he was also a Tight End on the school’s football team.

Eichelberger has a long history with McDaniel. He mentioned  that he was “recruited to play football here, when it was Western Maryland College and had a $16,000 a year scholarship.” Jason was just about to commit to Western Maryland, however his guidance counselor recommended he checked out Randolph-Macon College first.

Eichelberger jokingly said his parents wouldn’t let him forget he gave up that scholarship.

Throughout his time in Athletic Communications, the production methods have changed a lot. When Eichelberger was a student worker, he kept stats by hand. But it didn’t take long for Eichelberger, well versed in technology, to implement digital methods for stat keeping at Randolph-Macon.

Eichelberger’s big accomplishment was “getting [Randolph-Macon] in the computer age of keeping stats.”

Before his implementation of digital stat keeping, a message was left on a phone line and people called in to check the scores of games.

His goal with his student workers is seeing their horizons grow.

Athletic Communications may seem like it’s just about sports, but it’s graphic design, photography, videography, and social media, in addition to the stat keeping, and the more sport focused aspects.

Eichelberger wants more students to be involved in the Athletic Communications team, as it’s a great way to not only be paid, but build a portfolio, and do something you enjoy.