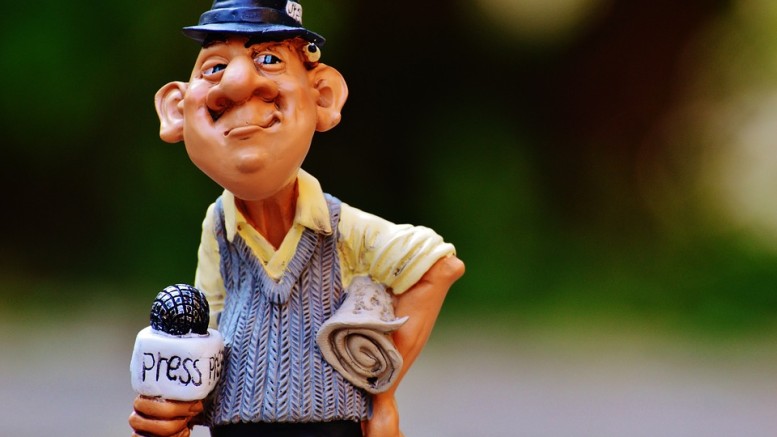 As a journalist, there are a number of things I am in some way required to do as a part of my job. However, this election season, it seems that some members of the American public are confused as to what these things are. So here, in summary, are the things I am and am not required to do:

I am required, or at least try to, maintain a high level of objectivity in my writing. Is the elimination of bias possible? Probably not. Must all reporting be objective? Not always, just ask Hunter S. Thompson and the entire crew over at Vice. But traditionally, the goal of a journalist is to give the facts, to portray all sides of the story equally, and to keep their personal opinions out of the piece, unless it is specifically listed as commentary.

I am not morally obligated to call out a candidate or individual because you find their views bigoted, offensive or wrong (I’m looking at you Salon). I can tell you what Donald Trump believes. I can tell the world you think he’s a fascist. I can even publish a cartoon where you put a little Hitler mustache on him (but Matt Bors already did that, so it might classify as plagiarism).

But I have no obligation, moral, ethical or otherwise, to attack or decry any candidate, and in my non-commentary work will likely refrain from doing so.

I am required to try my utmost to print the truth. But the truth is not always what you want to hear; as such, you may paint the truth I tell you as partisanship.

Is Bernie Sander’s plan to create a system of free colleges considered by many economists to be improbable? Yes.

Do others say it is tenable? Also yes.

Do not call me out on bias for saying both, because both are, in some way, the truth, and you are simply choosing to ignore one due to a psychological idea we call “selective exposure.”

I am not a stooge of corporations. Currently, I only work with the McDaniel Free Press, and “work” is a loose term since, frankly, none of us get paid for this. But the Free Press gets its funding from McDaniel College directly; I can tell you for a fact that this has never kept me or any of my fellow editors/staff writers from criticizing the administration.

You may rant and rave that the media has a liberal bias or is controlled by corporate interests, but the reality is simpler; we print and present the objective truth as best we can for our viewers, and you sometimes want us to print things other than that. When we don’t, you let slip the dogs of war.

On a side note, you may counter me with arguments about how much coverage Trump has gotten versus Bernie, or make claims about over-coverage of the Clinton email scandal. And while these are fair criticisms, remember one major point: all media is beholden to viewership/readership.

So, in summary, what we put out is what our viewers and readers respond best to and watch most; millennials by and large do not watch network television, and so network TV markets to the older demographics who, as poll numbers show, are more interested in things such as Hillary’s emails and Trump, and less interested in Bernie (whose support is most strongly felt among the under-30 demographic). We have bills to pay too, and that means targeting the audiences that watch and read most.

I am as involved in politics as you are. I personally worked as a fellow on the Obama campaign in 2012 and again on the Democratic Coordinated Campaign of 2014. I interned in my local congresswoman’s office. I vote in every election, even the local town ones back in New Hampshire. Just because I stand here with a pen and paper and a camera watching you does not make me any less of a political being than you are while out there protesting.

Sometimes, I may even agree with what you believe. But, when I am out reporting, I am there for that sole purpose. I will not hold a sign with you, I will not chant with you, and if I talk with you it is for the purpose of interviewing you. You’re out there being a professional activist, I am being a professional journalist; I respect your job, now please do the same for me.

I am not trying to distort your narrative. If your narrative does not hold up against my scrutiny as a journalist, then you should probably rethink your narrative. Because any question I ask is going to be nothing compared to what your opponents sling at you. If you want to be successful, realize my place in the equation, and then utilize what I am doing to your advantage. Otherwise, do not blame me when the world turns its back because the answers you gave me were not to their liking.

These are a few main things I would like you to keep in mind the next time you read one of my pieces and think “gee, that guy must really be a real *insert derogatory term of choosing about my political or ethical persuasions here*” Thanks, and keep up the newsworthy work; I always need things to report.