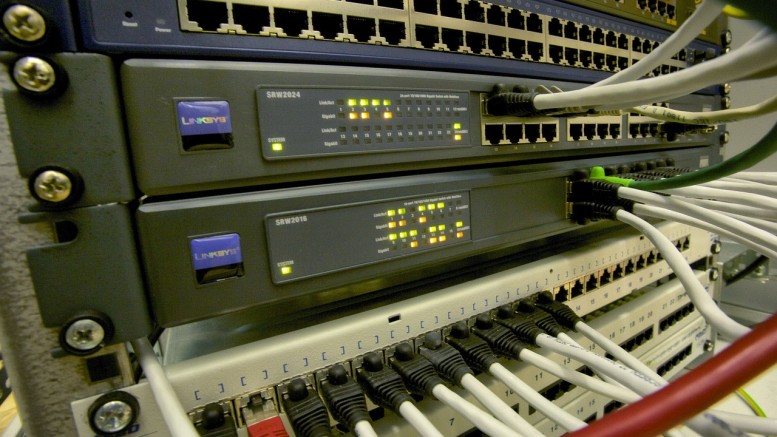 The Mid-Atlantic Gigabit Innovation Collaboratory (MAGIC) has begun work on it’s mission to “foster economic development, create technology jobs, and nurture innovation and technology start-ups, leveraging the gigabit services enabled by the Westminster Fiber Network.”  Fifteen local high school students, known as “The Packet Throwers,” have paired up with MAGIC and recently unveiled the first of many Tech Incubation projects for the year. On March 12, “The Packet Throwers’s” wireless network delivered 500 megabits of bandwidth to attendants of the Celtic Canter and Downtown Irish Celebration on Main Street.

The project began in the middle of February but with the help of Tom and Theresa Bethune at Freedom Broadband and a connection with Ting Internet, the group was able to quickly pull the project together.

Dr. Robert Wack, Westminster City Council President, explained that engaging with younger students is one way of achieving MAGIC’s goal of creating “a technology culture, or ecosystem here in Westminster around the Westminster Fiber Network.”

“For the students, it’s mostly fun, but I’m sure some of them have specific goals for education and certainly the more tech savvy young people we have in this community, the better that is for our local economy.”

In addition to the wireless network, MAGIC and “The Packet Throwers” are planning two small projects with drones, one with a gaming application and a third involving coding. Hoping to be completed by the Flower and Jazz festival, the two drones will perform a 3-D scan of the Westminster clock tower “that will then be transformed into a CAD file to be printed out on the 3-D printers in the Ting Makerspace.”

Wack said the most elaborate project will involve work “on a cybersecurity event (or several) with the Community College and some other organizations. and we want to get the McDaniel community involved as well.”

There is hope that as the projects gain momentum, other local technology business will join in.

“ We’re achieving multiple goals simultaneously, and also developing new ones as we go.”

It’s so hard to say goodbye: The Free Press Seniors