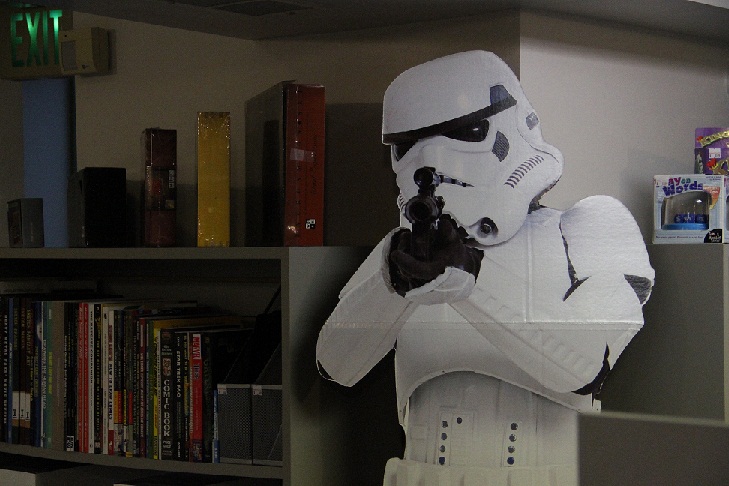 A little more than a 10-minute walk from the heart of campus, just past the warmth of CUP but before the striped barber’s poles of Cal Bloom’s Barber Shoppe, lies the door to Gotham Comics. Step into the shop, greet the Thor poster or life-sized cutout of Captain America, then head down the stairs and into the den. Open until 7, Gotham is one of two comic book stores in all of Carroll County; Gotham Comics proclaims itself as “your home for comics and games.”

Owner Keith Forney, who splits shop work between himself and two part-time employees, explained that his desire to start the store was sparked during a visit to Westminster. 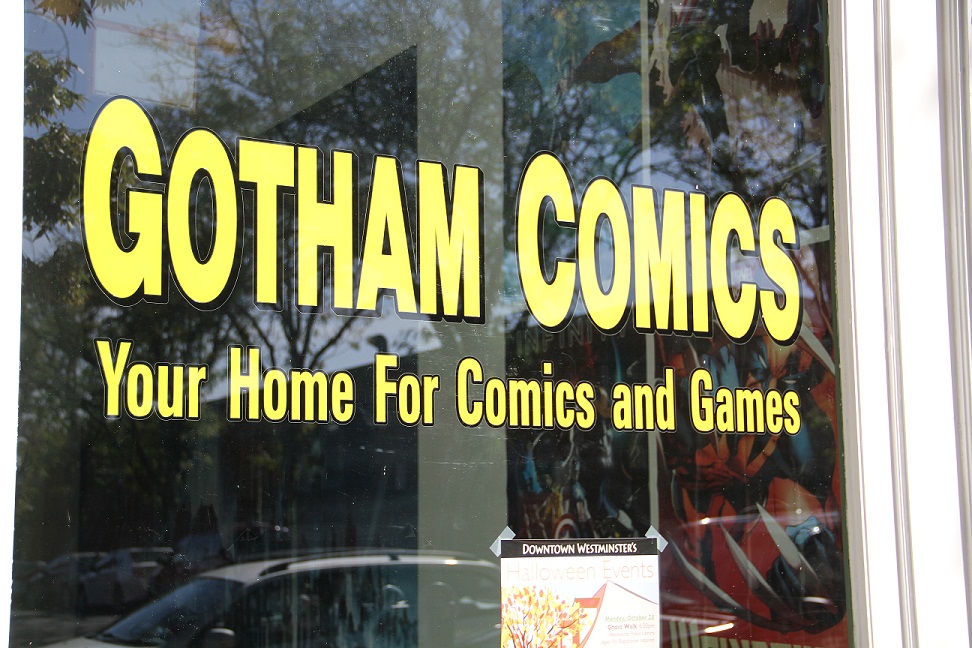 The bold and gold letters of Gotham Comics greet all those who enter this Downtown Westminster staple.

“Alright, where’s your comic book store?” he said, recalling a conversation with his friend. “This is a college town—there’s gotta be one.”

Forney was shocked to find there was no nearby store. He quickly decided to fix that problem.

Opened in May of 2003, Gotham Comics has since become a hotspot for comic and game enthusiasts throughout Carroll County. There are a few college students that frequent Gotham, both from McDaniel and Carroll Community College, but the majority of Gotham’s patrons are year-long county residents. Many customers simply stop by, buy a few comics or a new deck of cards, and leave, but Keith has many loyal patrons that participate in weekly game nights. Gotham Comics has two game nights, Wednesday and Saturdays, which bring a flurry of activity to the store.

Every Wednesday night, community members have the option to come play a board or card game in store. The games, which change every week, are simple and can be played in two hours. There is a core group of gamers that tends to show up, but attendance fluctuates with the popularity of the games. 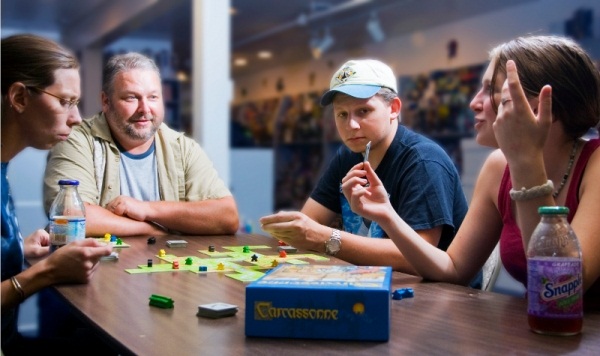 But Saturday? Saturday, right at noon, is when the enthusiasts roll out. More people are available on the weekends and the games themselves have larger followings. Each week brings a cluster of players interested in one of three main games: HeroClix, Magic: The Gathering, and Yu-Gi-Oh!. The game of the week rotates, but the interest never falters.

HeroClix and Magic both have several levels of play, from local to worlds. Starting in the store, players can go on to bigger and more competitive tournaments; however, many players stay at the small-time level. Gotham’s Saturday games are frequented by local players willing to pay the small fee, required by the corporations in charge of the games, for a few hours of fun and the chance to win a prize.

Customers have the option to request certain games but, as has been seen in the past, popularity tends to dip and the tournaments flicker out.

Other than the weekly tournaments, Gotham also has three annual sales: a Midnight Madness sale, a Post-Thanksgiving sale, and an Anniversary event, which sounds like the best sale so far. Every May, there is a storewide sale in addition to door prizes, game demos and free food.

Most events are constrained by the size of the store. Once more than 30 people gather, the store starts to get a little cramped. There are recurring events, the weekly 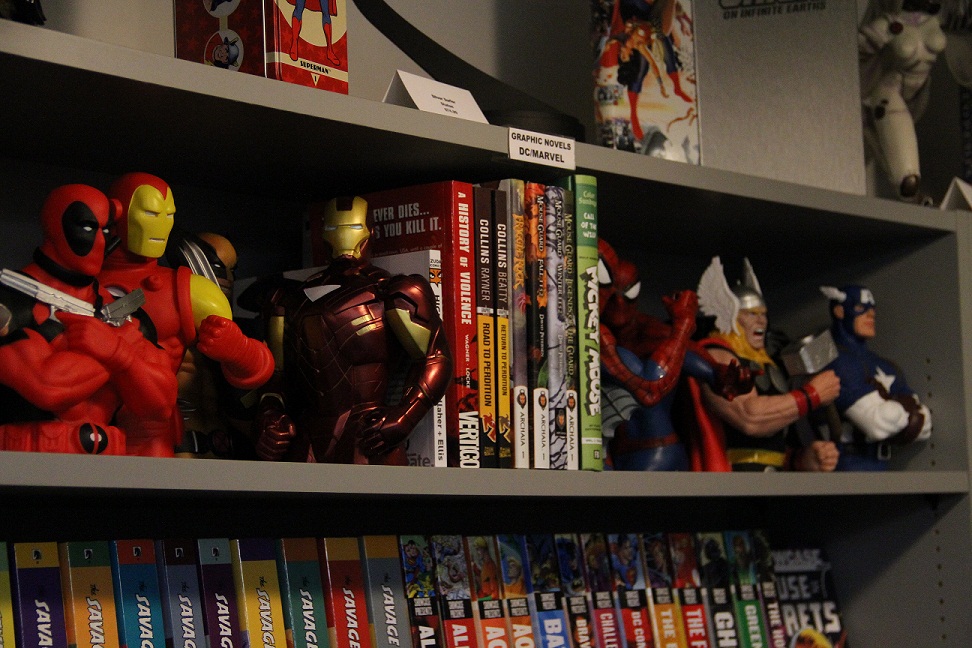 tournaments and the sales, but all other events tend to be planned month by month.

“I haven’t even given thought to November,” Forney stated when asked about upcoming plans.

And as for a Halloween event? Gotham will, once again, be spending Halloween without any celebration.

“It always seems to conflict with something else.” Forney explains. “But every year someone wants to pitch me the idea of doing a costume contest.”

The idea has never stuck but, if enough interest peaks, there is a chance customers could convince Forney to change his mind. If a Halloween bash, or any other event, is planned, you can find out by checking the calendar on the Gotham Comics website. Here, users can leave reviews, check out a frequently updated list of newly released comics, and most importantly, send in suggestions.

The N-Word: A History