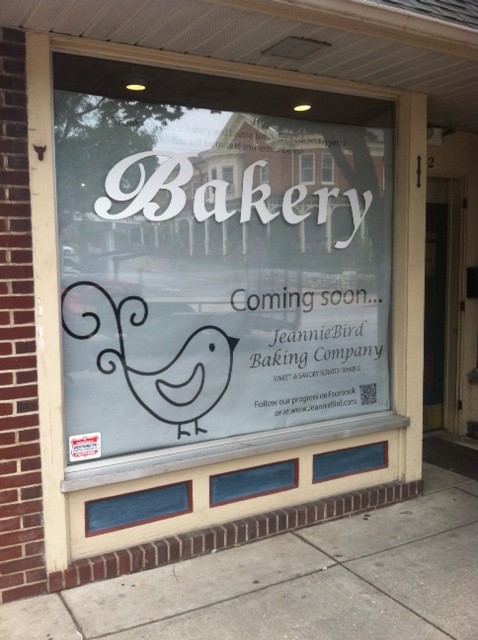 JeannieBird Baking Company will open on Main Street in October where Heinz Bakery was formerly located.

Students are curious to see what’s going on behind the windows of the recently closed Heinz Bakery. Early-birds who used to start their mornings with a walk into town for breakfast at the bakery will be pleased to know that a new company will soon be moving in. Jeannie Vogel, the owner of JeannieBird Baking Company—the new bakery that will take the place of Heinz—offers a sneak peek at what she’s doing to appeal to McDaniel students and shares her story of success.

The bakery, located on the corner of W. Main and John streets, is currently undergoing renovations, but the projected opening date is set for the first week of October. While the owner is trying to steer away from calling it a “café,” JeannieBird Baking Company will have room for students to come hang out and grab a pastry and a cup of coffee. And, of course, there will be Wi-Fi.

“Mostly, it’s going to be geared towards things that I think young people are more interested in now,” explained Jeannie Vogel.

She is looking into accepting McDaniel Bucks in order to make her business even more convenient for students. She’s also considering a care package service for parents of McDaniel students to send their kids tasty treats. 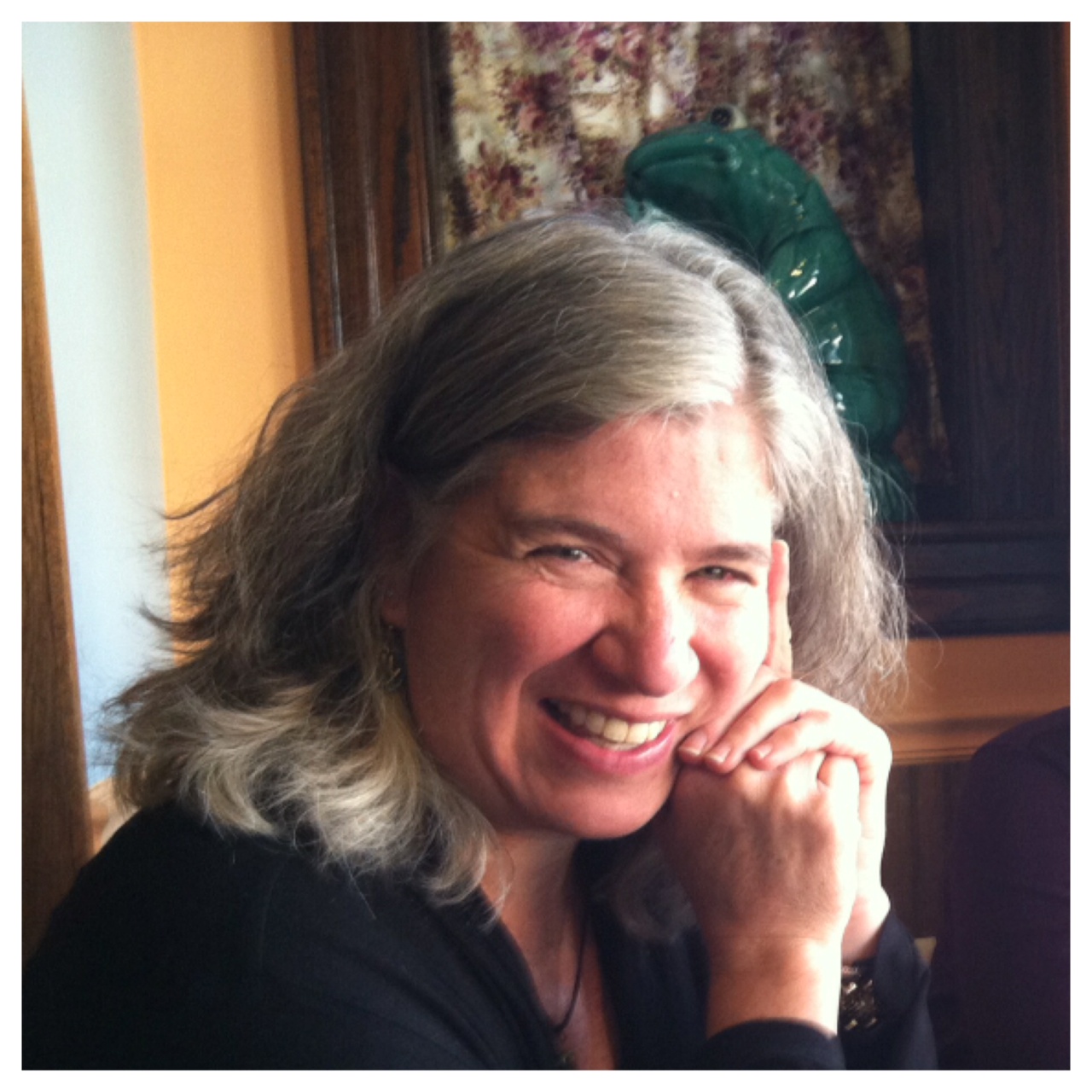 Vogel, a local from Catonsville, Md., grew up learning to cook from her grandmother who taught Home Economics. After high school, Vogel began working at what is known as “Howard County’s finest restaurant,” The King’s Contrivance Restaurant. She started out painting trim and doing prep work, and then rose through the ranks to become the assistant to the pastry chef and eventually the pastry chef herself.

During that time, she also met her husband, Bernie Vogel, who was a waiter and bartender. He is now a fine wine specialist and teaches wine classes at the local community college.

Jeannie and Bernie Vogel married in 1987 and stayed in the restaurant business for a long time afterwards, but decided to step back from it when their children were born. While her kids were young, Jeannie went back to school for her nursing degree and became a labor and delivery nurse. Later, she began working in public health at the Carroll County Health Department, where she worked until last month.

The Vogels thought it was time to get back into the restaurant business three years ago, so they started a farmer’s market business where they developed their customer base here in Westminster.

After two years, people loved Vogel’s work so much that she decided it was time to start looking for a more permanent place. The JeannieBird Baking Company Facebook page currently has 550 likes and overwhelmingly positive comments.

“We just got lucky. The timing was good. Heinz was ready to move,” she said. “It all fell into line—it was serendipity.”

And serendipity seems to be a recurring theme in Vogel’s life. She never really planned for any of this to happen, but she sounded thankful as she talked about her experiences.

“I’ve gotten the chance to cook in a nice restaurant and work for great pastry shops, and then I got to be a nurse and that was really cool, and now I’m back to this,” she said.

Even the story behind the name and logo is a sentimental testament to Vogel’s luck. “Vogel” is the German word for “bird,” and since all of her co-workers called her Jeannie Bird, she decided to grab on to that and run with it. Thus, JeannieBird Baking Company was born.

The night before their farmer’s market debut, the Vogels were searching for an image to use as their logo, but as the search was proving difficult, Jeannie picked up a fat Sharpie and drew the bird sketch that has been the symbol of her business since then.

When the business began to grow up from market stall to store, Vogel wanted a more refined logo to match. Fate struck when a graphic artist showed her a design based on an antique pie bird that just happened to resemble the pie bird that was passed down to Vogel from her great-grandmother.

Other plans for the bakery include working with local farmers and producers in order to incorporate fresh ingredients and help out the community. Not everything will be health food, but Vogel aims to make food with a wholesome quality to it, and to incorporate organic ingredients when possible.

Vogel says what she’s most excited about is the opportunity to expand her menu.

“There were so many things in my repertoire that I couldn’t do at a farmer’s market because I didn’t have refrigeration. I think it’s going to be fun just to kind of unleash all this stuff that’s been stuck in my head the last few years.”

1 Comment on "On a Roll: Local Baker Shares Success Story"