2015 is the year of new growth at McDaniel. With a number of new organizations joining the McDaniel community, The Office of Student Engagement (OSE) prepares for what might be one of the best years for McDaniel in regards to student engagement.

Here is a brief description of what new organization McDaniel has to offer!

Global Zero is an international organization founded by Dr. Bruce Blair, Secretary of State’s International Security Advisory Board, and Matt Brown, former secretary of state of Rhode Island. This is a growing organization, with approximately 50 other college students forming their own Global Zero chapters at their respective universities.

Senior Leanna Jasek-Rysdahl, President, decided to open a Global Zero chapter here at McDaniel after participating at the University of Notre Dame Student Peace Conference last spring. “I realized how little I knew about nuclear weapons and the dangers they pose” says Leanna, in regards to the objectives of Global Zero.

Along with sophomore Samantha Wilson, Vice-President, Leanna hopes to establish a chapter for Global Zero that would educate students at McDaniel about the dangers of nuclear warfare.

When asked about the benefits of this club to the McDaniel community, Leanna responded: “Students should join the club because they will learn valuable skills such as event planning, how to pressure their Congress members, phone banking, etc. We will also be going on trips relevant to Global Zero such as visiting their headquarters in DC. Aside from the practical skills students will gain, the meetings will be fun to attend (we are also planning exciting events and trips) and it also looks great as a resume builder since this is an international organization!”

In regards to getting the club started, Leanna comments that the task was not as difficult as she expected thanks to the help of Christine Workman and OSE. However, she fears that the club may not be as successful as others due to the fact that most students do not have knowledge of what nonproliferation is. Regardless of this, Leanna keeps a positive attitude and hopes for the growth of the club at McDaniel.

If you are interested in joining the anti-nuclear-weapon cause, Global Zero holds meetings on Monday @7pm in Hill Hall. Alternatively, you can contact Leanna at lsj002@mcdaniel.edu or Samantha Wilson at srw006@mcdaniel.edu

Perhaps the newest addition to the McDaniel family, the Mixed Martial Arts Club was started by first year student Collin Hooks. The club provides a space for students who want to continue their training on any given martial art, and it also works as a place where students can learn self-defense from the standpoint of another student.

“This club started around the third day of student orientation when my FYS group expressed an interest in what I could offer as a club,” states Collin. 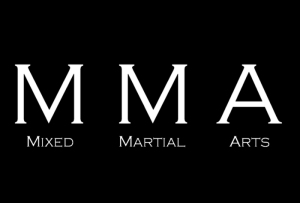 Collin, along other students interested in martial arts, talked to the OSE during orientation as well as the first few days of the semester in order to get the club established. “Creating this club was relatively easy but difficult at the same time,” says Collin.

The group was initially formed by Collin’s FYS classmates, but it immediately grew from 11 students to 15 students. The goal for the club during the fall semester is to at least double that number.

In regards to activities, Collin plans to partner up with the RAs in the near future to create an event where Collin and other club members would demonstrate introductory lessons and show what could be accomplished in time and with the necessary training.

Writer of the Week: Patrick Modiano

Chinese cherishment: How a new class teaches students about a foreign world