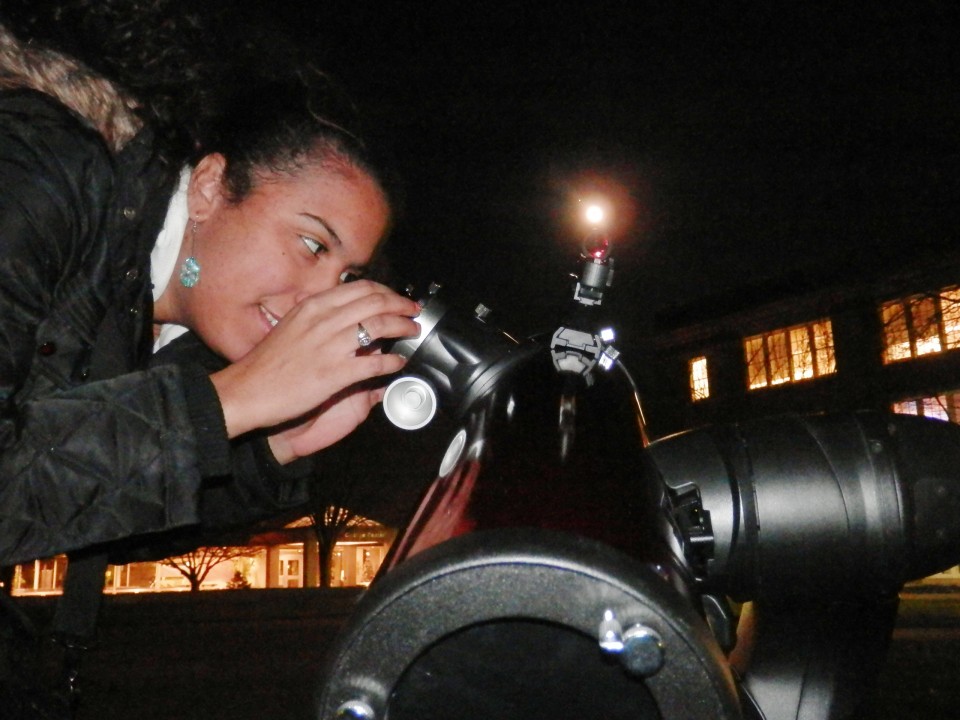 Last night, the beautiful moon, shining and giving a natural light and energy to McDaniel, was impressive and amazing.

At last night’s event, “Watching the Moon,” sponsored by the Astronomy Club, there were many big telescopes to see the beautiful full moon.

Many people attended the event and enjoyed the full moon. Students also had the opportunity of looking at Jupiter from the telescope.

The Astronomy Club had 2 telescopes and everyone had the opportunity to look at the moon or Jupiter. People were coming in and out of Red Square to see the moon and Jupiter through the telescope from 6:30 p.m. through 8:00 p.m.

The members were showing Jupiter in the telescope because according to the Unites States’ Astronomy Magazine, Jupiter is approaching its peak during November and then in December it will reach its yearly peak.

According to Ethan, the Astronomy Club has done this before. Last time, they placed the telescopes at the football field to watch the moon.

Ethan also said “We are the Astronomy Club because we like getting people to look at the sky at night.”

You can check out events and announcements at their Facebook page, McDaniel Astronomy Club.

Now, enjoy the photo gallery of the event:
Telescopes in Red Square