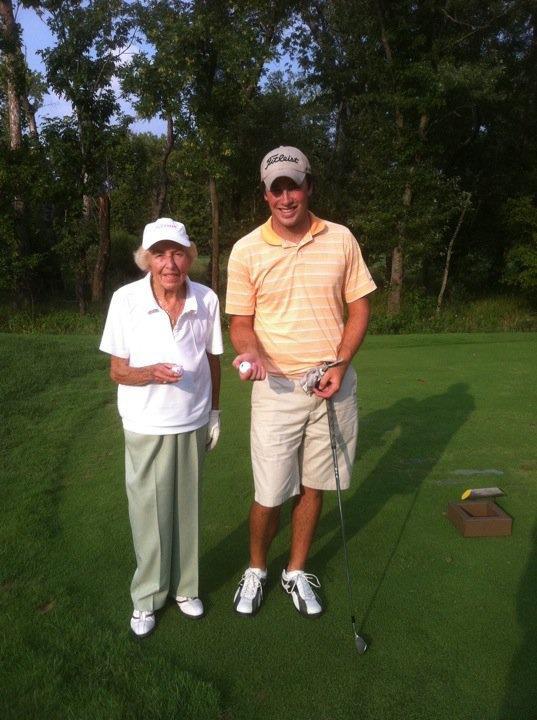 Sophomore James Lillie currently holds the lowest season average in the history of the McDaniel Men’s Golf program. In less than two years, this student athlete has made quite a name for himself.

“A lot of people believe that golf is an easy sport that doesn’t require a lot of effort, but let me tell you that it is not as easy as it looks,” said Lillie.

Lillie, originally from Garret Park, MD, was introduced to the sport of golf at the age of four through junior golf outings and visits to the driving range. The first full golf course that he had played was at the Argyle Country Club in Silver Spring, MD.

He decided to attend McDaniel College after considering the academic and athletic resources available to him on campus. Studying with a major in biology and a minor in Spanish, he has enjoyed his time spent practicing the college’s own nine hole golf course.

So far in his career with the Green Terror, Lillie has placed in the top ten in seven out of the eleven golf tournaments he has played in. He was named an All-Region golfer in his freshman year after winning his first ever tournament at the Glenmaura Golf Club in Moosic, Penn. with a career-low 36-hole score of 146.

Lillie says that the best part of his experience here at McDaniel has been competing in the tournaments.

“It’s a chance for me to play the sport I love while also representing my school,” said Lillie, “I especially enjoy the opportunities to play against D1 teams like Navy and UPenn.”

While the various tournaments provide the Green Terror golfers opportunities to showcase their talents, they do not come without sacrifice. Lillie said that his least favorite part of the season was the van rides, which sometimes last longer than seven hours.

Lillie has come a long way since his first tournament with the Green Terror at the Bridges golf course in Abbottstown, Penn. He is a leader on the team and a force to fear on the golf course.

Sophomore golfer Kevin Smith said, “playing with Lillie is an exciting opportunity because he truly has the talent to be a great player, and we are looking to him to help lead us to a conference championship.”

2018 is a make or break season for the Orioles