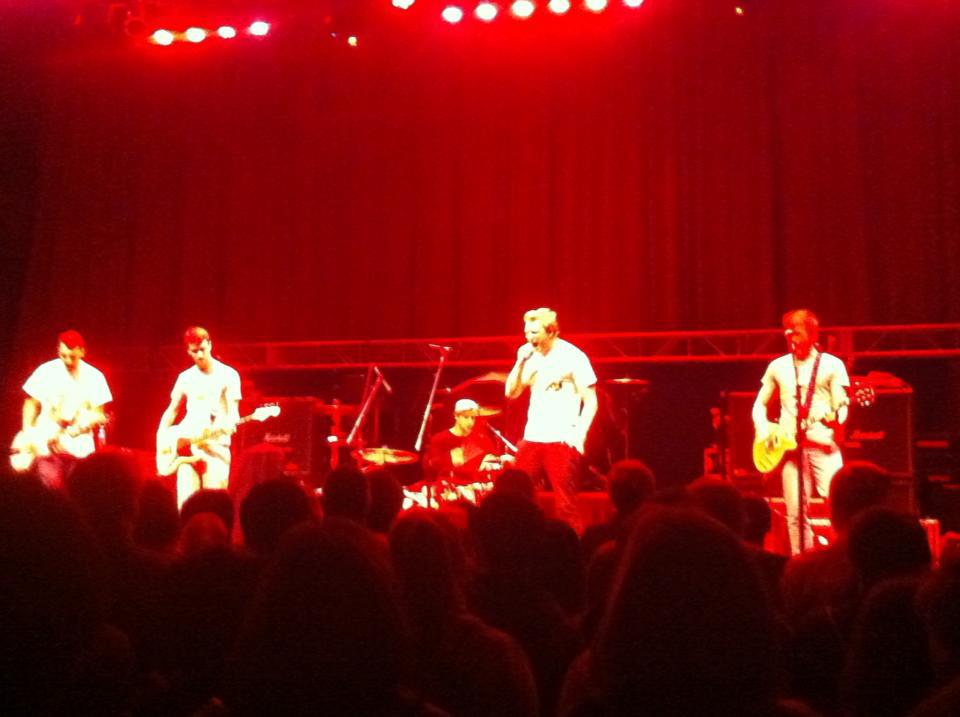 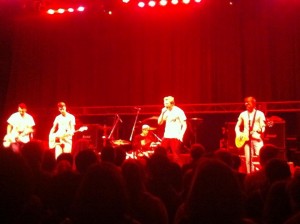 Jake and Cole Butler aren’t just brothers, they’re classmates at McDaniel, and members of the pop punk band Just Friends. On Tuesday their band had the career-changing experience of opening for a band that has become famous across the globe.

Just Friends entered themselves into a contest on Topblip.com, a website that hosts regular bracket-style tournaments where viewers vote for their favorite bands online. Competitors post videos of their live performances for each of the four rounds of voting. On Nov. 13 (link: http://www.topblip.com/contest/bracket/181) Just Friends took home the grand prize: an opportunity to play a twenty-five minute opening set for pop punk icon Sum 41.

The show took place on the evening of Tuesday, Nov. 27 at The Fillmore in Silver Spring. Doors opened at 7:00, Just Friends played their set from 8-8:25, a band called IAmDynamite played afterwards, and Sum 41 took the stage from 9:45 until the end of the show at 11:00.

The Fillmore has been around for over forty years and has hosted a variety of world famous bands. With a maximum capacity of over 2,000, this venue is the largest that Just Friends has played at since their inception in Jan. 2012.

Just Friends has previously performed at The Recher Theater in Towson, The Barking Dog in College Park, Sarafino’s Italian Restaurant and Bar in Ellicott City, MD. Additionally, they performed a set in Gill Gymnasium during Spring Fling 2012 and Up Till Dawn in spring of 2012.

The night of the show at The Fillmore, Just Friends released an un-mastered rough mix, often referred to as a demo, of their track “Seriously, Somebody Call Kenny Loggins” on their various social media accounts.

Just Friends recently finished working on five songs for their first EP titled, “The Things We Hate.” They recorded with Sean Mercer at Mobtown Studios in Baltimore and the songs are scheduled to be mastered by Ryan Schwabe in early January. The band has also announced that they will be releasing their first music video in mid-December.

After their opening set at The Fillmore, Just Friends is sure to become only more popular in days to come. As with any band, it’s a huge move forward when there is an opportunity to play at a prestigious venue in front of a screaming crowd – more exposure leads to more popularity in the world of music.

“The show opened up future booking opportunities for us and exposed a large group of people to our music who may never have heard it otherwise,” said Jake Butler.

Just Friends performing their closing song, “The O is for Owesome,” on Nov. 27 at The Fillmore in Silver Spring, MD. (Credit: Alex Tiernan)

How to Get a Job on the Hill

Boomstick Across the East Coast