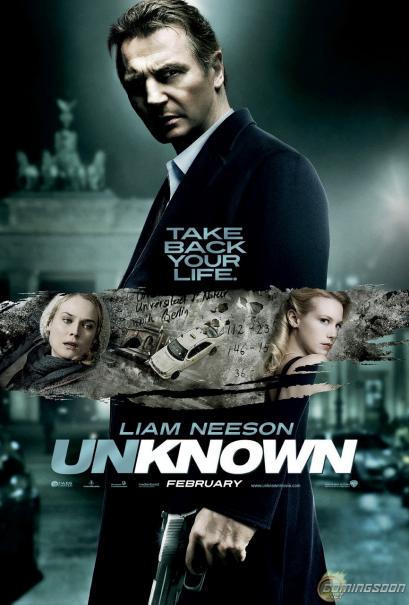 Famed actor Liam Neeson has been known for his diversity in his roles—from merciless mercenary in “Taken” to the emotional titular character in “Schindler’s List.” Recently, Neeson went back to action in his new thriller “Unknown.”

From the previews, people wondered whether it would live up to the surprising success of “Taken.” Neeson plays Martin Harris, a botanist visiting Berlin with his wife (portrayed by actress January Jones) for a gathering of other scientists to discuss an unspecified breakthrough. One of his bags is left at the airport by accident and Harris goes back to get it, leaving his wife at the hotel. On the way, the taxi he is in gets into an accident and is thrown over a bridge.

Harris wakes up from a coma four days later, suffering from mild amnesia. Returning to the hotel, his wife seemingly does not recognize him, and another man is claiming to be Martin Harris. The real Martin Harris fights to prove who he says he is, and in the process begins to uncover a dangerous conspiracy.

The first half of the movie outshines the second half, and for a bit, the viewers start to believe that the events before the car crash really were imagined, and “Martin Harris” may not actually be the person he thinks he is… until the only person that tried to help him is murdered in front of him. At this point, the film stops being a psychological thriller and takes the straight action thriller route.

Unfortunately, this is also where it peaks and proceeds to become forgettable. While the big twist was genuinely surprising, given that there was no reason to suspect it beforehand, the movie had a lot of potential in balancing the psychological with the action, but instead dropped the deeper stuff and focused on the fighting.

One thing “Unknown” is certainly to be praised for is the acting. Liam Neeson fails to disappoint once again, and January Jones is surprisingly convincing in her split-second attitude changes, which makes sense in context.

The shining actress, however, is Diane Kruger, playing the taxi driver that crashes and becomes unwillingly wrapped up in the whole mess. Perhaps it’s because she’s in her natural environment of Germany, but Kruger shows incredible amounts of emotion in her performance. She comes across as one of the most realistic characters in the movie, just trying to make a living and looking out for herself as an illegal immigrant, but still proving that she can have a conscience.

Something several viewers had said in the theater was that it seemed a little too similar to “The Bourne Identity,” and the resemblance was a bit uncanny. Beyond the basic premise, however, it was your basic run-of-the-mill action flick. It certainly wasn’t a bad movie, but unfortunately, it wasn’t particularly memorable, either. There was nothing about it that stood out from other action thrillers.

While not a terrible film, skip this one, as it doesn’t really offer anything new to the table. If you really want to see Liam Neeson kick ass, go watch the much-superior “Taken.”

The hidden meanings in horror films

The good, the bad, and the Oscars