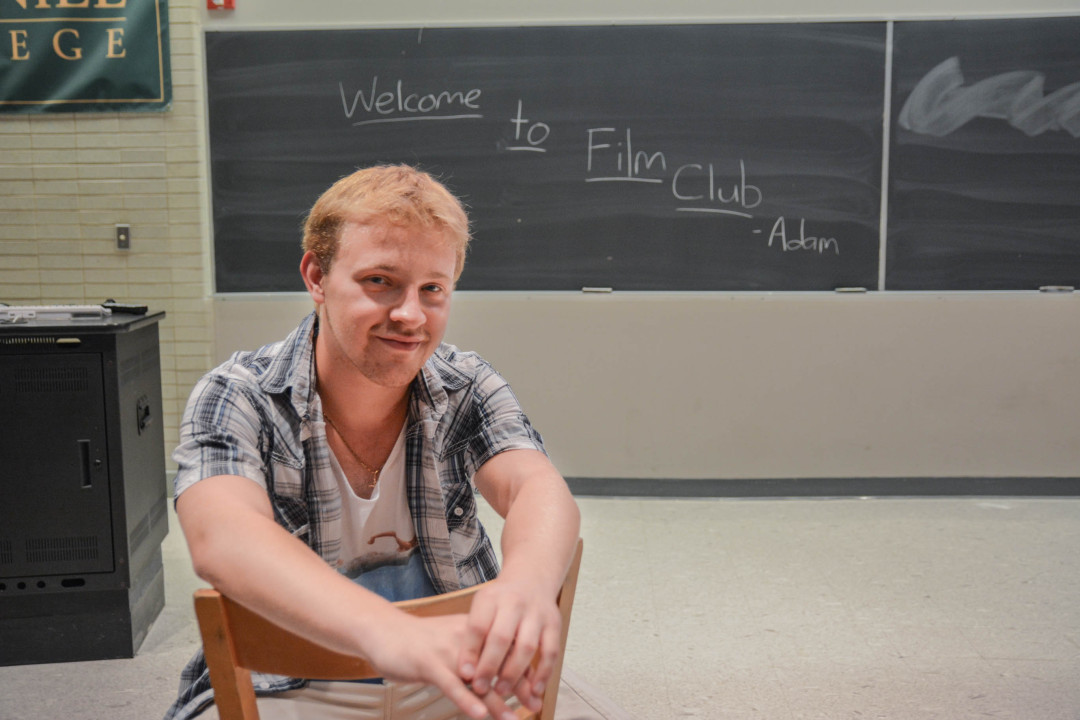 On Sept. 12, students gathered in Decker Auditorium for Film Club’s first meeting of the year. The event kicked off with talks from Professor of Cinema Richard Brett and Sophomore Adam Vaughn, the organizer of the event and leader of the club.

All of this activity would not have been possible without the ambition of Vaughn. After dwindling activity seemed to threaten the club’s future, Vaughn decided to revive it. 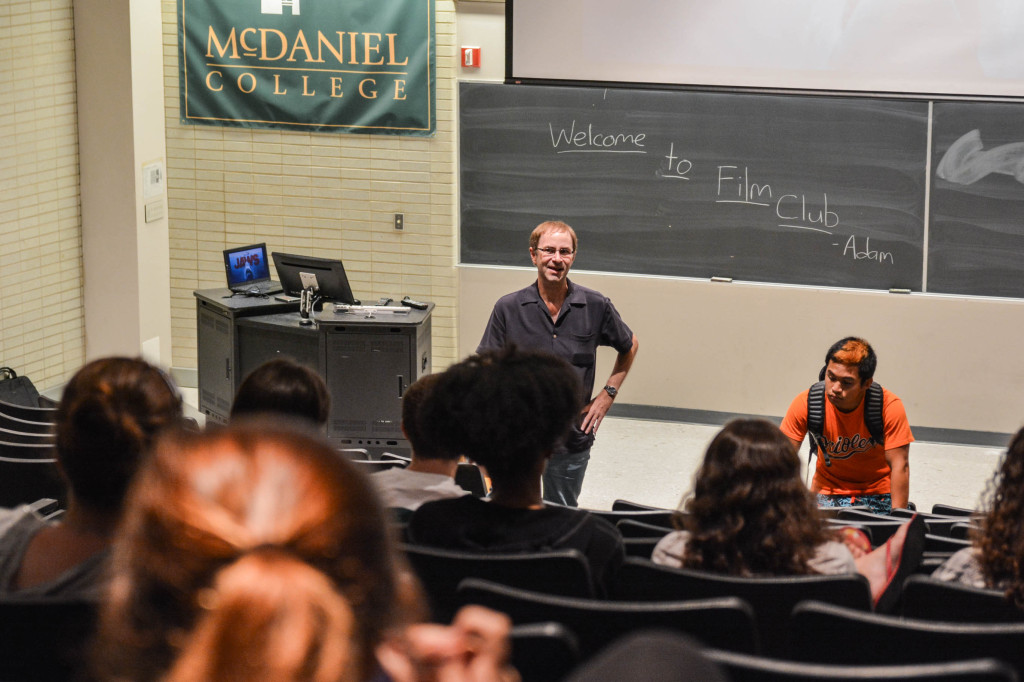 Professor Richard Brett gives a talk at the relaunch of Film Club. Photo by Kyle Parks.

“Movies have been my entire life,” says Vaughn, a cinema-theater dual major, who, upon beginning school at McDaniel, was happy to find that there was a film club on campus, but was troubled about the underground nature of it. After the club dissipated last year, Vaughn decided to take the opportunity to restore it for all students’ enjoyment.

Vaughn defines the current version of the film club as a group of people “who have a love for cinema, either as an audience member or someone behind the scenes.” Additionally, he states that it is a great way to have an audience for your own works. Vaughn believes that the Film club “is a great opportunity for a school whose cinema department is still young.”

For the first meeting, he chose Jaws “as something that’s right in the middle of cinema history and style and quality.” As opposed to former traditions of the club, however, Vaughn hopes to select films based on what the students of McDaniel want, not just himself. Vaughn took a list of movies people are interested in at the Involvement Fair and hopes to get input from the members of the club. Vaughn is also excited to plan trips to movie theaters and perhaps merge with other clubs for special events. Vaughn says that there are  “all kinds of possibilities once we get up and running.”

For the time being, the club is set to meet on Fridays in Decker Auditorium at 8 p.m. Vaughn selected this as an appropriate night for such a club, explaining that “People can just relax after the week is done.” In the future, he hopes the club will continue to give opportunities for movie lovers and those at McDaniel who want to what they enjoy. 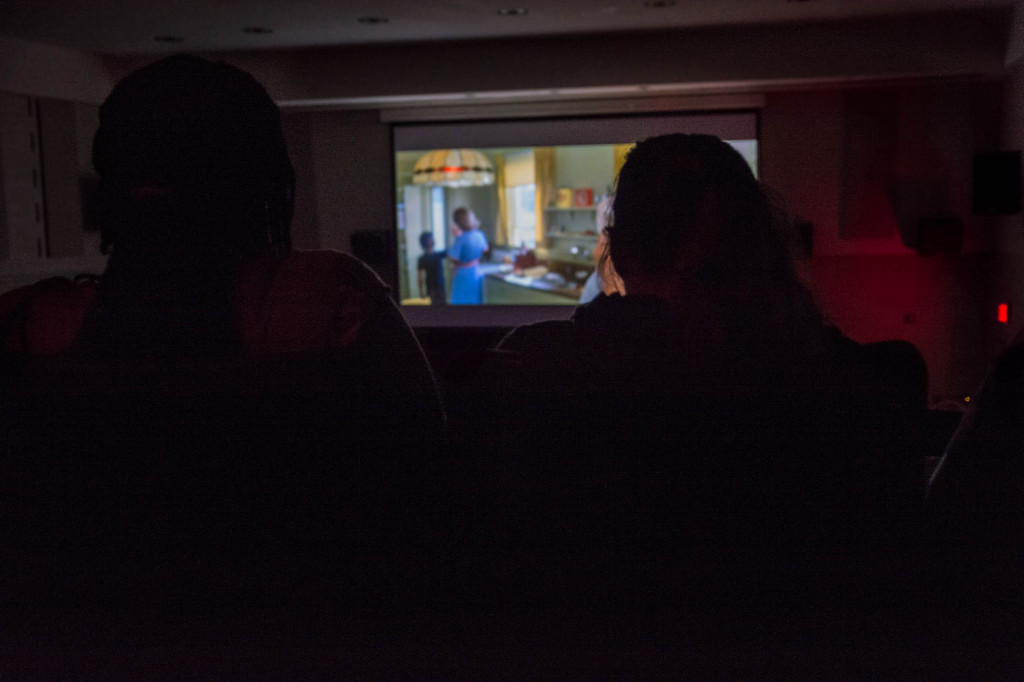 Students watch a movie during the relaunch of McDaniel Film Club. Photo by Kyle Parks.