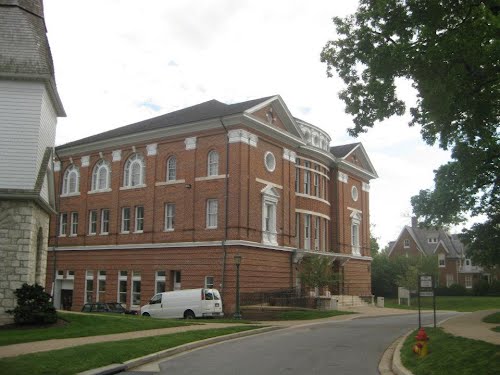 Workers were actualizing  substantial renovations to the Dorothy Elderdice Theatre, commonly called the “understage,” along with the space underneath the main stage seating area where the department’s scene shop, which has since been moved to a building on Pennsylvania Avenue, once resided.

The understage has become an acting studio, with the lobby transformed into a lighting lab and new stage manager’s booth. According to workers and Elizabeth van den Berg, Chair of the Theatre Arts department, the renovated understage will have new seating, a new dimmer board, new lighting, renovated flooring and ceiling and new handicap lifts.

Van den Berg is “really excited” about the opportunities these renovations will open up for students and faculty. Classes taking place in the understage require large, open space. When the scene shop existed in the understage, this meant that only one class at a time could be held here, but the renovations will allow for two classes to be held at once. Additionally, clubs will have more wiggle room to reserve the space for their meetings and activities.

“Really, it’s going to allow us to breathe,” says van den Berg. “This has been long overdue for us—we’ve needed the extra space for years.”

The GMP, or guaranteed maximum price—that is, the original estimated price of the renovations, not including the price of any future changes that may be needed—was $884,000 to renovate the understage and $255,000 to move the scene shop to its new home on Pennsylvania Avenue. These GMPs were provided by Thomas Phizacklea, the Vice President for Administration and Finance at McDaniel.

The theater has been undergoing renovation for about six months now, and van den Berg estimates another three months until they are completed. The acting studio and light lab may be usable long before the rest of the understage is ready.

Five Things to Look Forward to from Library Renovations

Financial Side of McDaniel: Stadium Renovations