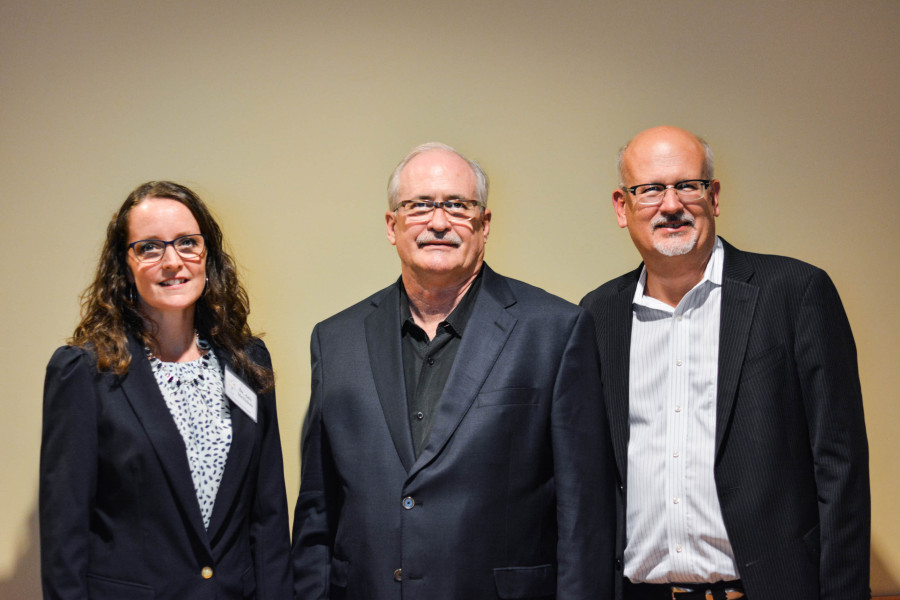 It was a packed crowd in the Forum  as the Global Fellows gathered for their third annual Global Colloquium, this year on the Geopolitics of Olympic Host City Selection, with a number of teachers, students, and even President Casey himself in attendance.

The topic at hand was a daunting one: these students would be tasked with selecting a city to host the 2022 Winter Olympic Games, based on details ranging from local public support to snowfall levels. However, they were lucky to have an expert in the field there to assist them.

Despite the presence of an expert in the field, Dr. Amy McNichols was quick to emphasize that the he had, “come here to hold a discussion, but not to proffer easy answers.”

MacAloon then spoke reminding the students that, “the contemporary fate of three cities/nations and the future of the Olympic movement are in your hands.”

Beijing was quickly eliminated as an option by the delegates, for various reasons ranging from human rights abuses to lackluster snowfall for the winter games. 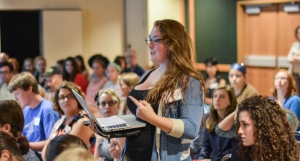 The debate then turned to a decision between Oslo and Almaty. The proponents of Oslo focused mainly on the issues of stability and corruption in Kazakhstan, calling Norway the “most stable of the countries.” On the other side, Almaty supporters discussed lackluster public support in Norway and the need for development in Kazakhstan, stating “if the people don’t want you there that’s a big deal.”

The debate continued for around an hour, at which point MacAloon stepped forward and announced it was time for the delegates to vote.

Dr. MacAloon told the assembled students that he found their conversation both moving and extraordinary. When asked what he hoped the attendees would learn from the event, he stated that, “it’s not enough sometimes to simply have a conversation about ideas, you have to think about action.”

According to delegate Morgan Stanback, the event was the best colloquium to date, stating that she particularly enjoyed that “we could express ourselves and show the research we had done.”