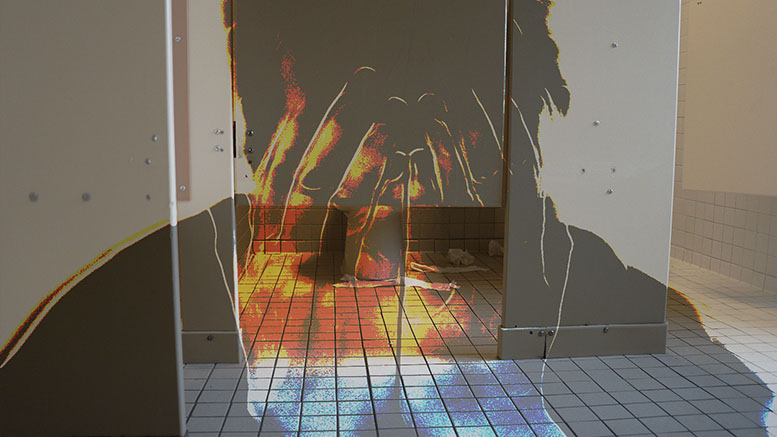 On the miserable morning of March 5, rumbling down the hallway gave way to rumbling in an ANW bathroom as student Maloustabia Grioy dealt with what some suspect was the aftermath of Glar the night before.

However, Grioy’s daily dose of pain and suffering quickly gave way to a longstanding tradition: getting cosy on the toilet. Grioy pulled out his phone and began going to town. He was “professional” and checked his email, engaged in some casual swiping on Tinder (with occasional indulgent trips to Grindr), then it was off to the ESPN app in attempt to reclaim his masculinity threatened by several rapid rejections.

This quickly grew boring and monotonous, so Grioy then moved on to Twitter. Unable to think of some kind of witty or mildly relatable one-liner, Grioy resolved to simply retweet a stale wisecrack by Daniel Tosh.

By this time, the three hours of sleep Grioy had gotten began to catch up with him. His eyelids became heavy as he entered Facebook. Before long, not even his cousin’s numerous shares of NowThis videos could keep his mind at attention. Grioy fell into a deep slumber.

This condition was quickly noted by student Joseph Artiba, who had been repeatedly checking back to see if the bathroom had been vacated. “At first, I was wondering what was going on, but before long I knew that this was not a standard breach of the pooping code,” says Artiba, who was committed to the idea of doing his business in that exact bathroom.

Artiba, quite experienced with this issue, had a plan. “I usually start out by loudly opening the door, then loudly fiddling with the sink to see where that gets me. As things move along, I resort to more drastic measures, with the most drastic being me playing my, err my friend’s, Frozen soundtrack loudly in the bathroom,” says Artiba.

And indeed, the situation did reach Artiba’s maximum urgency level. By this time, Grioy had been snoring loudly. Artiba brought in his speakers and began playing “Let it Go.” Grioy, following the instructions of the song, inadvertently dropped his phone in the toilet when first chorus began. “Maannn, this is, like, the third time this month!” Grioy exclaimed.

Artiba, beaming with amusement, stated “don’t forget to flush, honey” then confidently pranced out of the bathroom. Grioy reportedly cleaned up and fetched his phone, which somehow hadn’t died in the water and instead began having its own conversations on Tinder, which were more rewarding than any of those that Grioy had attempted to hold.

Moments later, Artiba returned to find the bathroom empty. A joyous time was had by all.

Conversational Jazz at the Cup