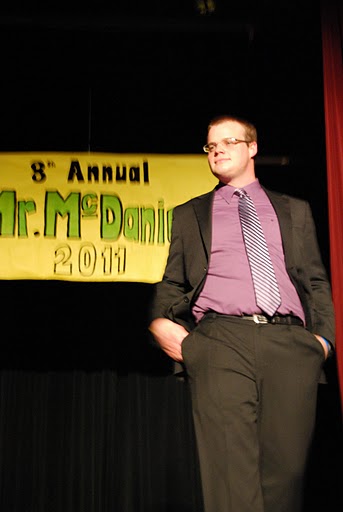 From jump-roping to belly-dancing, juggling to singing, this year’s McDaniel Showdown Talent Show was a night to remember. Produced by senior Steven Carney, the show featured acts of all shapes, sizes, and talents that performed for their fellow classmates in the hopes of winning one of the three grand prizes.

The talent show was held Saturday, April 16 from 7:30 to 10:30pm in WMC Alumni Hall. Tickets were only $5, but Carney said that patrons “receiv[ed] a lot of entertainment for their $5 ticket.”

Last year, the first place prize was $75, the second place prize was $50, and third place was $25, and as college students, who would pass up the opportunity for a little padding in their wallets?

All proceeds went to the Relay for Life organization, to support cancer research and treatment for others. Carney said, “Each year, many people die from cancer, so it is important to obtain a cure for such a deadly disease.”

There are usually a large number of acts (last year there were thirteen), so the chances of having a friend in the show are great. There can’t be anything more entertaining than seeing someone you know serenading a crowd or showing off their talents.

“The winners will be judged by the audience, so the goal of a performer is to win the support of the audience in order to win the show,” said Carney. Spencer Fothergill won the competition.