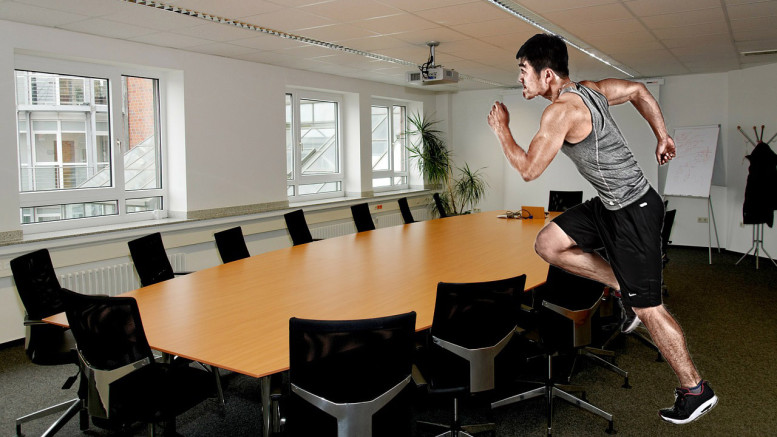 McDaniel student-athlete and honors student Pete Pandowski is able to run so fast, it’s almost as if he can fly.

However, Pandowski took a hard fall this past weekend as he bungled his respective commitments and brought his macroeconomics research poster to a Centennial Conference outdoor track and field meet, presenting to a crowd of unimpressed hurdlers and high jumpers about the effects of decreasing hurdles against the production of goods and services in a market based economy.

He followed the flop with the faux pas of arriving at the Honors Conference clad in his spikes, assuming himself to be alone in his heat, and sprinting around the campus commons until he had reached 400 meters. When campus safety at the host institution questioned him as to his motives, he merely called behind him, “I plan to PR.” Unfortunately, he did not even succeed in this, as his numbers took a downturn.

Pandowski, who is clearly distraught by the mix-up, as he is very invested in all that he does, refused to comment on his sorry state of affairs more specifically than to suggest that the demands placed on him by his schedule were greater than he was able to supply.