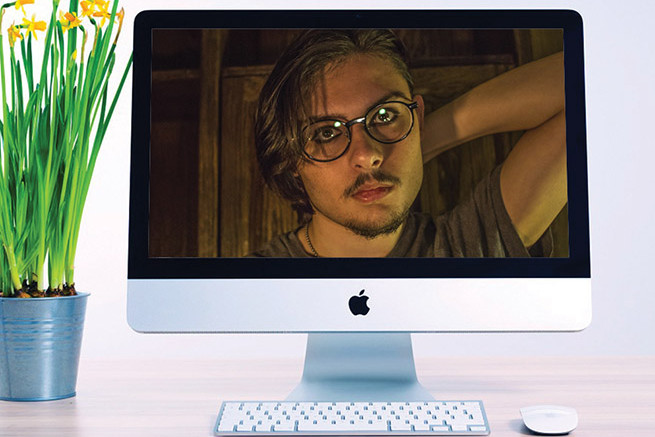 McDaniel College has a number of notable alumni, including news anchor Thomas Roberts and Pennsylvania Representative Bill Goodling. But one of its most successful and highest earning alumni cannot be found on the Wikipedia page, nor in any place providing information about the school; indeed, it is almost impossible to get anyone on campus to mention him.

However, the Free Press secured an interview with the aforementioned alumnus, one Mr. James Stanislofsky, better known as XXXNoScopeBEast1993XXX, or simply “NoScopeBeast.”

Mr. Stanislovki entered McDaniel College in the Fall of 2011, and recalls immediately being enthralled by “the sheer mediocrity of the experience.”

“It was like, not the greatest college,” he said, “but the parties were pretty dope, for like a small school, and my Calc teacher didn’t care if I showed up. Like I passed the class without even going,” said Stanislofsky.

It was during this time that Stanislofsky began uploading gaming videos to YouTube, starting with a Let’s Play of Call of Duty: Black Ops, which was described by one commenter as “f***ing epic, did you see that part where Mason straight up cuts the guy in the neck with the tomahawk. S**t was hardcore, and like that twist ending?!? That is some movie level s**t.”

His channel quickly gained a cult following, and by winter break of his freshman year, he’d gained a subscriber base of over 600,000. He entered the YouTube partner program, and started seeing his bank account expand rapidly through ad revenue.

“My grades came back winter break and I wasn’t doing great, not gonna lie,” said Stanislofsky, “and I think my parents thought I was selling drugs or something to make all that cash. But once I explained it to them, they just kind of let it be, you know. I was pulling in about as much as my dad was every month.”

His channel rose to over 1 million viewers in the February of 2012, after he secured a cooperative video with then up-and-coming star PewDiePie. He also launched a Twitch.Tv channel around this time, expanding his fanbase and bringing in larger profits. By the end of that spring semester, he had made the decision to quit college and focus on his YouTube career, and dropped out around the time of finals.

“Right before I dropped out I went to my philosophy final and wrote an essay about how the meaning of everything in life is, like, penises and vodka. It was hilarious, then I dropped out so, like, they couldn’t get me in trouble,” said Stanislofsky.

Stanislofky’s channel has now reached 5 million subscribers, and all signs show that it will continue to grow. Forbes has listed him among the top new media creators to watch this following year, and estimates say he makes in the range of 2 million dollars a year, excluding endorsements and Twitch donations.

“I just want to thank McDaniel,” says Stanislofky, “if I’d like, not gone there, I might have gone through all four years of college and never gotten to where I am now. Oh, and I wanna thank Steven, my man, ’cause us playing COD back in the dorms got me started, you know if you need help paying off that student debt from that English degree, I’m your man. So, like, hit me up.”