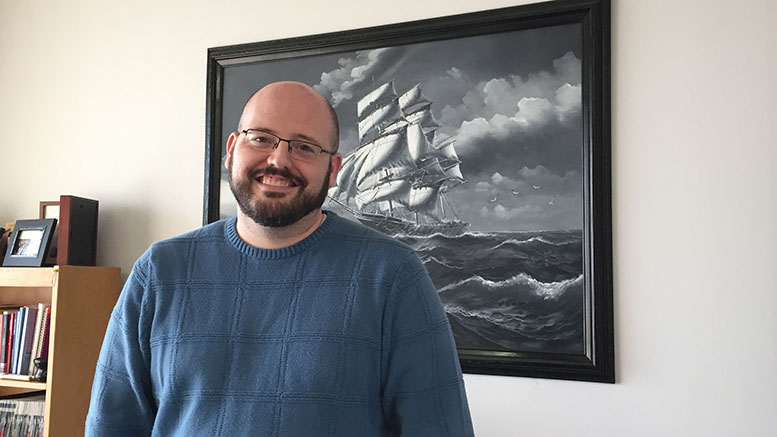 Michael Robbins, who has held the position of director of Residence Life since 2007, has recently been promoted to Associate Dean of Students. In this role, he will continue his former role, while also becoming the director of the Office of Student Engagement. The change comes after the departure of former director Christine Workman.

In this new position, Robbins notes that he’s not aiming to make any immediate changes. Given the recent departures in the office, the biggest goal has been to fill any vacated positions, and bring OSE back to full working capacity.

Another of Robbin’s goals is to bring some of the methods he had utilized in Residence Life to OSE, and to establish more connectivity between the two offices, given the strong impact both have on the day-to-day lives of students.

“One thing I’ve done already is I’ve just tried to get a little bit more synergy between the two departments,” said Robbins, “and so we’ve been doing joint staff meetings.”

Robbins feels that his experiences in Residence Life have prepared him well to take on this larger role.

“It’s a lot of the same [challenges],” said Robbins, “there’s still budget management, which is something that I’ve been doing for ten years in Residence Life, it’s helping groups plan events, and make room bookings, and do advertising on campus, which is, again, kind of similar to stuff Residence Life has been doing.”

However, Robbins admits that some of the new areas he is now tasked with managing in OSE will take some getting used to. One of the biggest of these is the management of Greek Life.

He noted that a big part of confronting this challenge is reinstituting the position of Greek Life Coordinator, which had been empty since the departure of Lukas Miedreich in Spring 2017. The position was recently filled by former Area Coordinator Paige Cook.

“I think one of the points of having that position [Greek Life Coordinator] reinstituted under the reorganization was just the realization that there needed to be a kind of worker bee person who was going to be there and be able to go to meetings and be able to talk to the students,” said Robbins.

Robbins mentioned that there had already been work by Cook to update the bylaws and position rotation system in the Inter-Fraternity Council, work to develop the formal recruitment schedule for Greek Life in the Spring, and work with the National Pan-Hellenic Council to help develop their presence on campus.

Robbins hopes that these changes will be to the benefit of OSE, and to Student Life on campus as a whole. He also hopes that students will reach out to him and others in OSE, so that he can know what issues may be present, and what successful program should be kept and built upon. He noted that nothing in OSE can succeed and survive without student involvement and work, and hopes that such involvement continues to grow.