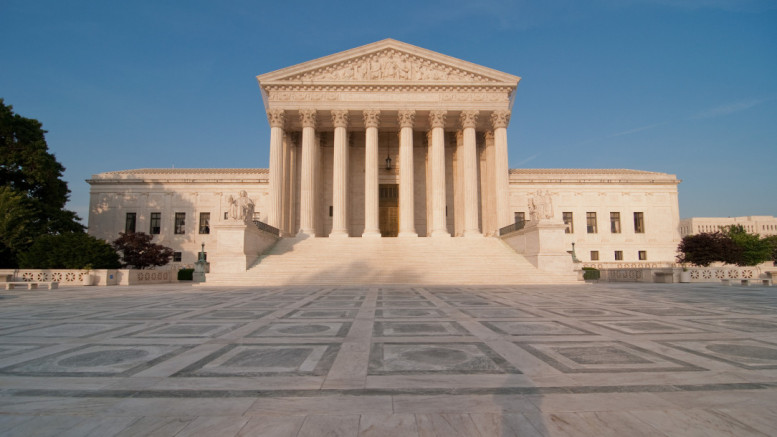 President Obama’s nomination of Merrick Garland to fill the seat vacated by the death of Antonin Scalia has already begun to cause some controversy. But who is Garland, what is his ideology, and how would he rule on the major cases before the Supreme Court this session? We looked into it, and, without further ado, here are the major things you should know:

1. Who is Merrick Garland?

Garland is currently the chief judge of the Court of Appeals for the District of Columbia Circuit, a position that has been a common stepping-stone to the Supreme Court (three of the current eight justices also spent time on the DC Circuit Appeals Court).

Prior to his time on the Appeals Court, Garland served as a prosecutor in the Attorney General’s office, and served as second in command under Attorney General Jamie Gorelick. During this time, he was involved in the investigation of both the Oklahoma City Bombing and the Unabomber; he was commended across the board for his efforts on both cases.

Garland is a graduate of Harvard Law School, and hails by birth from Illinois. This is the third time his name has come up as a candidate for the Supreme Court, having previously been considered for the positions vacated by David Souter and John Paul Stevens.

2. What is his Ideology?

Garland is generally considered fairly moderate, and has drawn praise from both liberals and conservatives during his time as a prosecutor and judge. However, when his positions are broken down on an issue-to-issue basis, a few trends can be seen.

Given his history as a criminal prosecutor, a number of sources have questioned whether his ideology on criminal law might differ from that of the more moral and progressive justices. However, while Garland has been known to be averse to granting appeals, he is not fully against the notion, and indeed has done so in the past. As such, it is hard to glean a deeper ideology from his rulings.

In regards to constitutional rights, the simple fact is that there is very little to judge Garland upon, as during his time on the bench few such cases have come before him. His positions on the First Amendment are generally seen as broad, though he has from time to time taken more conservative positions. He has shown preference for open government and a support for the Freedom of Information Act.

Garland has generally been supportive of government agencies, and has almost unanimously ruled in their favor; he has been particularly favorable to the Environmental Protection Agency.

3. Who is he most similar to on the bench?

Given that Garland lacks a fully clear ideology, it is difficult to place him into a specific group on the court; he aligns neither with the constitutionalist wing of Thomas, Roberts and Alito (of which the late Justice Scalia was a part) nor the more interpretationist wing of Ginsburg, Sotamayor, Breyer, and Kagan.

The best comparison, at least as much as the evidence suggests, is likely to Justice Anthony Kennedy, the court’s resident pragmatist and “swing vote,” of sorts. If the two turn out to be as similar as they seem, the result would be essentially two unaligned, moderate agents on the bench (with Garland as the more traditionally “liberal” of the two). This would enable the interpretationist wing to perhaps create five-four majorities without courting Kennedy, as had been necessary when both wings were equal in size.

4.  How would he rule on major cases?

The reality is we have very little idea how Garland would or will rule on the major cases left on the bench with Scalia’s death. There is simply a lack of evidence to rule one way or the other, given that he has been involved in so few cases of their type.

Simply put? Pure, unadulterated pugilism and bickering. The Senate leadership, despite having previously endorsed and praised Garland as an individual, is holding firm that they will not confirm an Obama nominee, no matter who they are. While a few GOP senators might sluice off due to Obama’s extension of a moderate candidate, the likelihood is that party loyalty will win the day, and, spare a miracle deal, confirmation will be bogged down for the near future.

On the Democrat side, many have already been quick to criticize Obama for the choice of such a moderate and bland nominee, arguing he should have welded the progressive iron a third time, as he did with Sotamayor and Kagan. They argue a non-white, non-male, or non-Harvard nominee would have been more of a statement. However these claims are likely nothing more than showboating, and will not halt Democrat support for the President’s nominee.

Falling Down the Hill