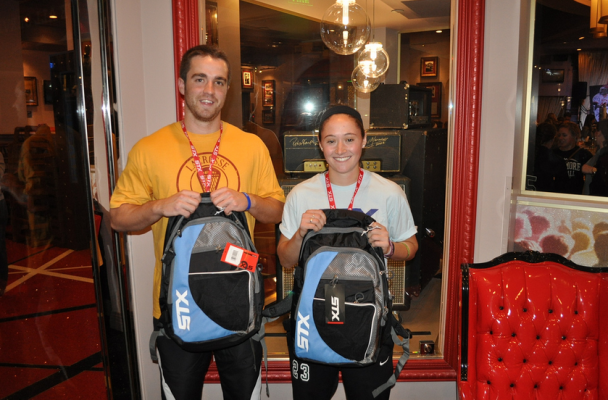 Kate Goldstein’s passion for lacrosse and dedication to the sport lead her win of the STXtreme Internship Contest.

Goldstein is a senior business major with a sport management minor who has played lacrosse since middle school. She sees lacrosse as “the perfect outlet, a great way to get away from any aggression from school or homework.”

“You know, for some people their outlet is arts or the things they like, for me this is it,” says Goldstein.

Goldstein loves her teammates and that is why she loves lacrosse.

“I love my team; they are my family. I love being part of something bigger than myself, so it has been a really great experience and it has been a great part of my life,” says Goldstein. “After college, I would like to stay involved.”

Goldstein’s interest in business and lacrosse made her a great candidate for the STX internship, which she applied for in September after her coach, Kristin Ramey, and a representative from STX who came to McDaniel encouraged her to apply.

Goldstein submitted a résumé, a writing sample, and a creative video that showed her personality in less than a minute (which you can check out below).

A week after the submission, the STX representative contacted Goldstein and told her that she was one of the top five finalists out of about 50 applicants.

To choose the five finalists, the videos were posted online and the five videos with the most votes determined the finalists. With help from McDaniel students and many of her friends, Goldstein’s video received 100 votes. 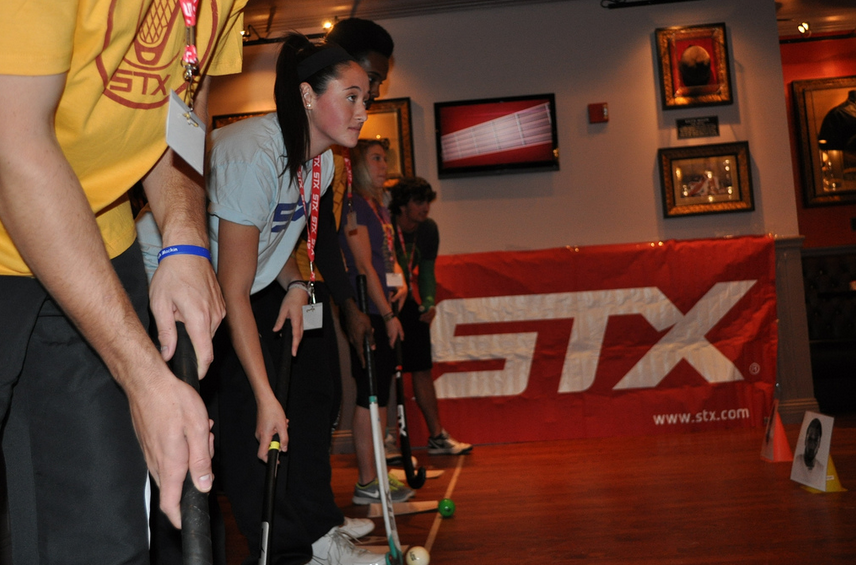 The top five finalists then met at the STX headquarters in Baltimore where they received an assignment for the final round, which would determine the winner of the internship contest. Each finalist had four days to promote an STX product using social media and their own creativity.

To track how well the participants were marketing the product, STX assigned a hashtag to each participant on Twitter, so that every time someone retweeted or used that hashtag, the participant would get one point. Goldstein’s hashtag was #stxkg.

Goldstein had to promote a pair of the gloves, which are part of STX’s new K18 line. Professional lacrosse player Kyle Harrison is the promotional face of the new gloves, so Goldstein immediately tweeted Harrison, who responded to her.

“He said that he would help me promote the gloves and help me throughout the whole four days.  He reposted everything I posted, which was great,” said Goldstein. “It was really, really nice of him. He was incredibly helpful.”

Goldstein also employed several other creative tactics to promote the gloves and her cause, like making a life-sized Kyle Harrison. She enlisted one of her teammates, Lily Galzerano, to paint the lacrosse player.

“It took her eight hours to do it,” said Goldstein. “The idea was mine but all the artistic credit goes to her.”

Goldstein then used the Harrison painting to promote the gloves during the Terror Trot 5K coordinated by the McDaniel Women’s Lacrosse Team to benefit the National Brain Tumor Society. During the event, Goldstein put up the life-sized Harrison on a wall so that all of the athletes could sign it.  Athletes and other people who attended the event took pictures with the poster and posted the pictures on Twitter with Goldstein’s hashtag.

During the four days, Goldstein also promoted the gloves at a boys’ lacrosse tournament in Genesee Valley, 45 minutes away from McDaniel. Goldstein got the teams of middle school-aged boys involved in her promotion by asking them to sign the poster and take pictures with the gloves. She had them post the pictures on social media with her hashtag. The players were also part of a YouTube video that Goldstein made, showcasing the boys’ thoughts on the product.

Everything Goldstein did to promote the gloves was posted on social media or YouTube. There are more than 1,000 tweets, retweets, favorites, and posts of the gloves.

STX announced the winner of the competition at the Hard Rock Café in Baltimore, where the finalists had to bring as many people as they could. Goldstein brought 45 people from the College plus the McDaniel mascot, the Green Terror. Goldstein received bonus points for bringing the mascot to the event.

“By far I got the most people come to support me, which is funny because we are the smallest school,” said Goldstein. Other contestants came from Towson University, University of Maryland Baltimore County, and the University of Baltimore.

There were five judges at the event, including lacrosse players Kitty Cullen and Sam Farrell, Editor in Chief of “Lacrosse Magazine” Corey McLaughlin, John Jiloty of “Inside Lacrosse Magazine,” and Senior Marketing Director of STX Joel Layman. Carrie Lingo, a field hockey player, was the emcee of the night.

During the event at Hard Rock Café, the finalists competed in trivia about the STX Company, the STX field hockey team, and the men and women lacrosse teams. The contestants had to match headshots of the players with their correct names.

“Luckily I knew all the players in each team so I got that absolutely right,” said Goldstein.

When they announced the winner, Goldstein felt “very happy and very relieved that it was over.” 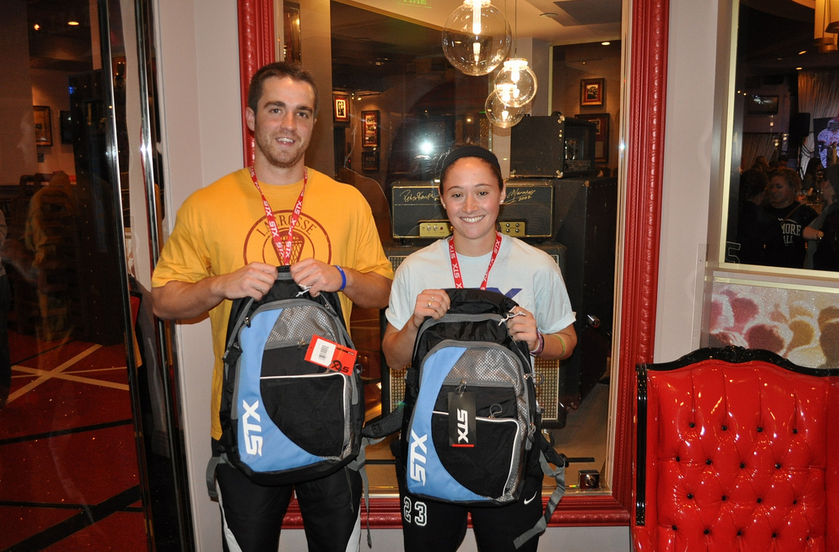 Matthew Gregoire from the University of Maryland, Baltimore County, also won the internship with STX. The other three finalists were offered internships with “Lacrosse Magazine” and “Inside Lacrosse Magazine.”

“They ended up with something; they did not walk away with nothing, which is great because it was a ton of work and it was really stressful,” said Goldstein. “It was really hard, so I am glad they got something because everyone deserved it.”

Goldstein’s internship will begin at the end of January. Goldstein will have a position in the senior marketing team, so she will get to sit in on board meetings, be involved in the photo shoots for “Lacrosse Magazine,” help STX promote their 2014 line, and work closely with Sam Farrell, Kitty Cullen, and Carrie Lingo.

At the end of the internship, Goldstein will represent STX by attending the Men and Women’s Division I Lacrosse Championships with a press pass and a chance to meet the teams’ players.

“This internship is perfect,” said Goldstein. “It is definitely very cool. I am very happy and excited about it.”

Check out the Press Release about Kate’s STX Internship HERE.

James Hamrick, chief of police and director of campus safety, has left McDaniel