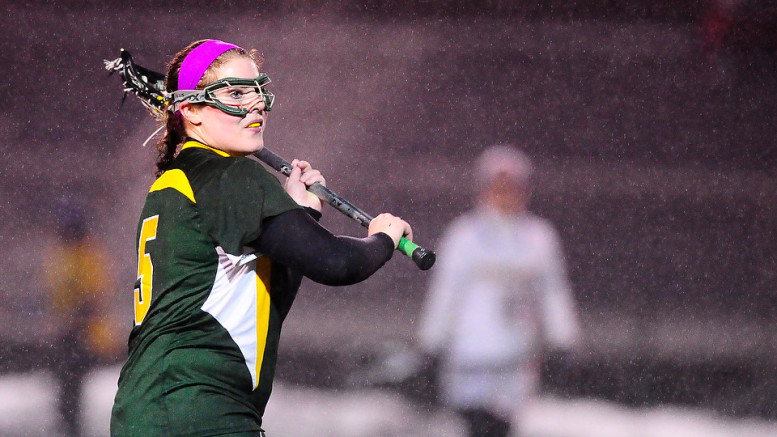 The women’s lacrosse team had a huge 19-8 win against Frostburg on Thursday afternoon in their final game before heading to Florida to play two games over Spring Break.

The Green Terror came out strong during the first half when Quinn scored the first goal of the game, unassisted off the opening draw, within the first 13 seconds. The Bobcats responded less than a minute later with a goal, and then McDaniel went on a five-goal scoring streak during the next six minutes of the game.

There was some pushing and shoving from the Bobcats, which earned them two yellow cards in the first half. As the first half continued, the Green Terror scored seven more goals heading into halftime, which established a comfortable 13-5 lead at the break. Barbeito had five of her goals in the first half.

Barbeito started off the second half just like Quinn did the first, scoring within the first 13 seconds off of a pass from Quinn. There was a little back-and-forth between the teamsbefore the Green Terror scored four unanswered goals.

McDaniel scooped up 23 ground balls, had 19 draw controls, 42 shots, and only 18 fouls. Frostburg coined the market on yellow cards, with seven for the game. They racked up 55 fouls and only 18 shots.