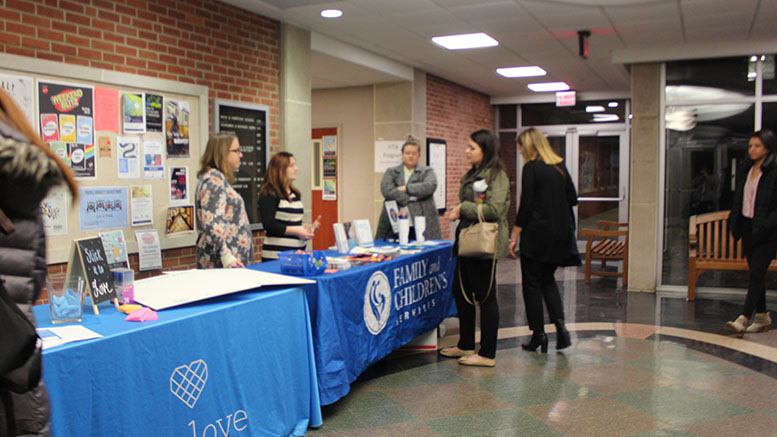 What is love? According to Merriam-Webster, the definition of love is “strong affection for another arising out of kinship or personal ties.”

While this is true, Love also happens to be the last name of a girl who embodied what the word love truly meant. Last week at the One Night with One Love event, students at McDaniel College were given the opportunity to learn about the story of Yeardley Love, a former lacrosse player at the University of Virginia.

In May 2010, Love was beaten to death by her ex-boyfriend three weeks before she was set to graduate. In September of that same year, Love’s family officially announced the creation of the One Love Foundation in honor of her memory. The foundation teaches young people about the difference between healthy and unhealthy relationships so they are able to prevent situations like Love’s in the future.

“One Love is creating a platform for people to feel that they can have a voice and to help them put vocabulary to certain behaviors, so that they can be a supportive friend or family member in an abusive relationship,” said Grace Carmichael, the One Love engagement coordinator in Maryland and Washington. Carmichael, along with representatives from Family and Children’s Services and from the Maryland State’s District Attorney’s Office, hosted the event at McDaniel.

“Yeardley’s death was 100 percent avoidable, so we are giving people the tools and the chance to see how that could have been avoided,” Carmichael said.

The event, which was held in Decker Auditorium, involved a seven minute video from One Love’s “Behind the Post” series followed by an open discussion of the film. The discussion was facilitated by Carmichael and the women from Family and Children’s Services, including Chelsea Nelson-Dorsey, violence intervention program facilitator and prevention educator.

“High school and college students are who we are targeting because they are the most susceptible to teen dating violence,” Nelson-Dorsey said. “Typically, when we are coming into colleges people have already been exposed [to relationship violence], so we just want to let them know that they do have resources available.”

This is not the first time an event like this has been held at McDaniel. In the fall semester, students in McDaniel’s Student Athletic Advisory Council were given the opportunity to become facilitators of One Love. They went through a more in-depth seminar during which they watched a 90 minute film — “Escalation,” which follows a college-aged couple through an abusive relationship — and had a guided discussion.

The athletes took what they learned to their respective teams and taught it to their teammates. Alicia Wagner was one of two softball players who facilitated their seminar.

“I thought the experience was very informative,” Wagner said. “It showed my team different warning signs in a relationship whether it is with a friend or a significant other.”

“The One Love Foundation is a great organization and I think all teams and organizations should go through some form of this seminar,” she said.

The turnout for the One Night with One Love event was small. However, both Carmichael and Nelson-Dorsey want to continue working with McDaniel and give students more opportunities to become involved.

“When I have more time, my goal for McDaniel is to have a peer support group for teen dating violence. That way you have counselors available to help you or your friends,” Nelson-Dorsey said.

“We [One Love] would definitely love to come back and do more events here at McDaniel,” said Carmichael.