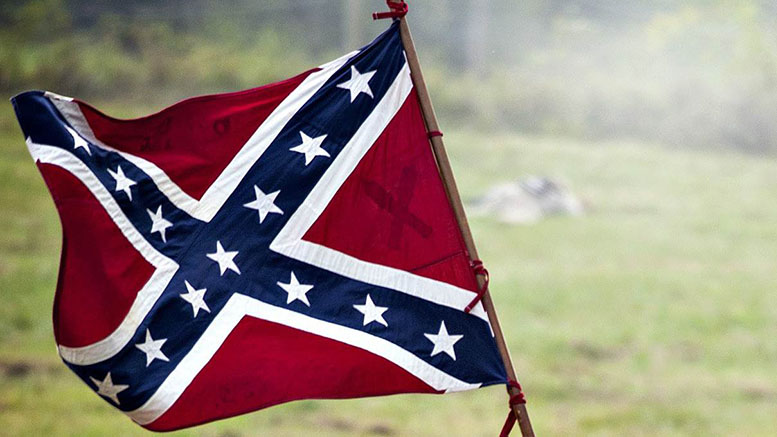 Image via the Public Domain.

After a Feb. 14 board meeting in which the district’s legal team confirmed that the ban on Confederate attire is legal, CCPS Superintendent Stephen Guthrie and the Board of Education began working to add the ban, which will also include the swastika, into the dress code. The language of the ban will be discussed at the next board meeting in March.

If the school district passes the ban, Carroll County will be one of the few in the country to do so, the most recent being Orange County in North Carolina, who made the decision to ban clothing depicting the Confederate flag, swastikas, and any Ku Klux Klan related symbols or language.

According to William Reinhard, spokesperson for the Maryland State Department of Education, the matter “is is a local issue, with standards set by local board of education” and the state department will have no involvement in the decision made by the Carroll County Board of Education.

Superintendent Guthrie stated that he would advocate for the ban as long as it was in the parameters of the law. But as a former history teacher, he wants to make it clear that the ban would not exclude the flag from instruction, as it is a large part of American history. Carroll NAACP President Jean Lewis is one of the most outspoken proponents of the ban, claiming the flag causes the minority students in schools deep pain.

“With so few minority students in the schools… [the flag] is offensive because of what it stands for- slavery,” Lewis said.

As of 2017, only 15 percent of the students in Carroll County were minorities. Lewis says that when minority students see the flag on other students’ shirts in the hallway, they become uncomfortable and the thought of the symbol distracts them from their learning.

“I have had students come to me…telling me when they see the Confederate flag it gives them anxiety… and makes them not want to come to school,” added Guthrie.

One such student, Briana Gales, started a minority student union at Westminster High School. At the school board meeting, she testified to the board that she has been harassed multiple times by students wearing the flag.

“Me and other minority students are very uncomfortable about the Confederate flag,” Gale told WBAL-TV after the meeting. “And seeing other students upsets us, makes us angry and distracts us from learning.”

Although the school system has yet to experience any major issues regarding the flag, Carroll County residents are eager to take preventionary actions considering the county’s history of white supremacy and racist behavior. Guthrie recalls several instances where he had to take action after a school board member used the “n-word” in public, and in August 2006, an apparent hate crime was reported after a racial slur was painted over a black candidate’s campaign sign.

As a result of these incidents, the superintendent believes they can reasonably predict that the flag will cause a disruption in schools. Citing the 1969 Supreme Court case Tinker vs. Des Moines, Guthrie explained, “Freedom of expression can be limited by the school if there is just cause.”

Lewis attributes the recent prominence of hate symbols in the United States to the xenophobic philosophy of the new presidential administration. “America has always been counted as the melting pot of the world and we’re not now.”