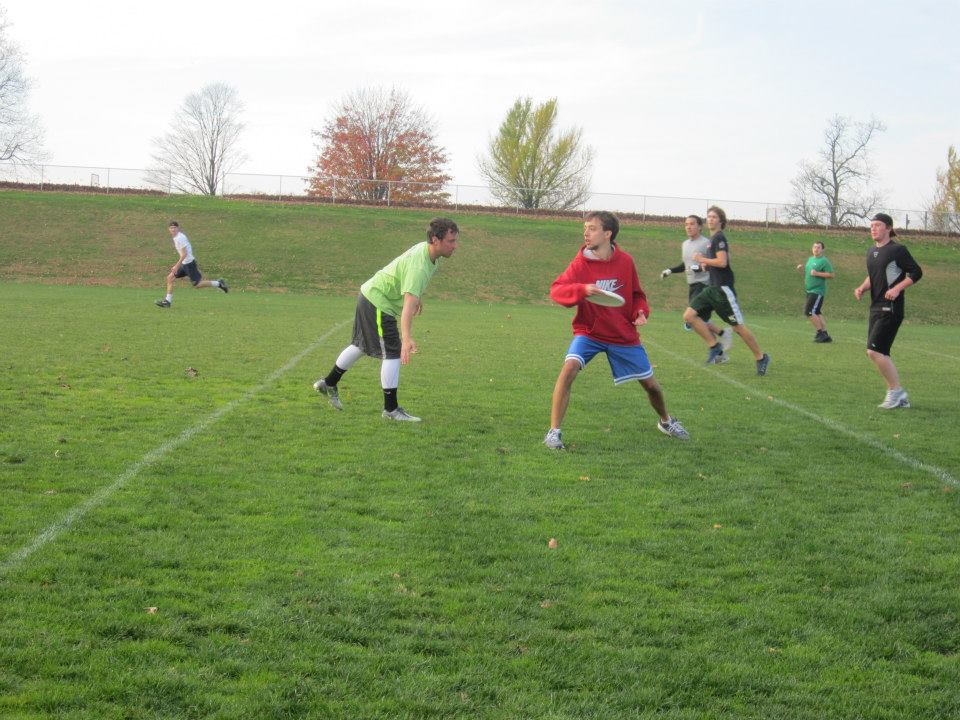 Students compete in the Ultimate Frisbee tournament on Sunday, November 11. 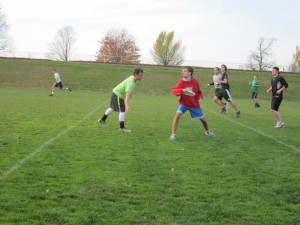 Students compete in the Ultimate Frisbee tournament on Sunday, November 11.

While other fall sports teams concluded their seasons away from McDaniel, the Ultimate Frisbee Club hosted its own tournament here at home. A combination of current students and alumni came out on a lovely November afternoon to enjoy some Frisbee, food, and fun.

The club was created in 2006 by Russell Morin and has been here ever since. For those of you who don’t know what Ultimate Frisbee is, it’s basically a combination of football, basketball, and lacrosse, only with a Frisbee.  Two teams attempt to score touchdowns on opposite sides of a field by passing the disc back and forth. Once one catches the disc, he or she must stop running and pass it off to a teammate. Each touchdown is worth a point, and games are played to seven points.

“I love Frisbee because it’s an opportunity to go out with friends and have fun,” said freshman Kevin Ball. “It’s nice to have some friendly competition.”

“It’s a good way to get out and play a sport,” according to senior Sean Clark. “You don’t have to be great, we’re just here to have fun.  Right now we’re rebuilding the club and trying to get more people to come out. It’s also a good way to meet people.”

If you’re interested in coming to some pickup Ultimate Frisbee games, the club meets on Mondays and Wednesdays around 9:30 or 10 p.m. and on Fridays at 6 p.m. in Old Gill Gym.

The Hill Has Eyes

Badminton’s Not Just A Backyard Game