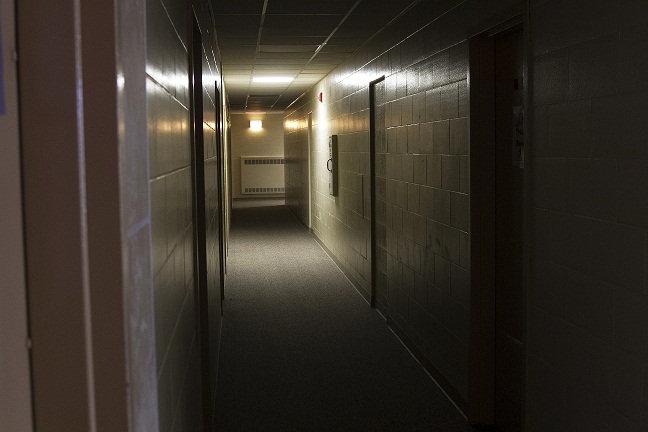 On Sunday Nov. 10, students at McDaniel College began to experience power outages around campus and in their dorms. The issue continued to develop through Thursday evening, inconveniencing student, faculty, and administration.

The initial power outage was caused by the loss of coolant oil in a transformer. BG&E high voltage experts decided that the transformer needed to be thoroughly repaired and not just temporarily patched. This resulted in the cancellation of Monday’s classes.

After more investigation into the failed transformer, professionals discovered a wire that needed to be replaced. This process would take up to 8 hours and influenced the decision to cancel classes once again on Thursday, since power would need to be temporarily shut off on most of campus and generators were not an option for all of the buildings. 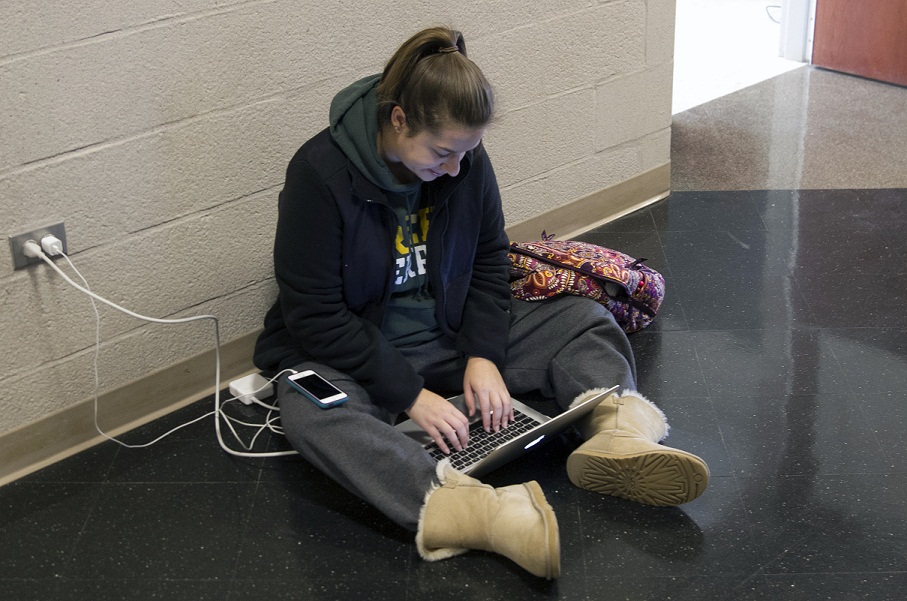 Lindsay Rothrock charges her laptop while Lewis had power for students to use.

Provost Janine Stewart made this executive decision to cancel classes, but explained that many of the systems needed to communicate with faculty were down, resulting in delayed messages to faculty.

“I have learned a lot about what needs to happen to communicate effectively during a crisis situation,” Stewart said.

Class resumed on Tuesday and Wednesday despite power outages in dorms such as Whiteford, DMC, ANW, Rouzer, and McDaniel Hall. Merritt Hall and Hoover Library remained closed due to power outages, and classrooms were reorganized.

“I was frustrated because I had to go to the town library to work on my senior sem since Hoover was closed all week,” said senior PJ Farinella.

Dean of Student Affairs Lisa Breslin explained that despite the confusion and frustration of some faculty and students, many were more than willing to help make the situation better.

“When things get tough, you have the opportunity to see who is great at their job…we have so many people who have shined in the last few days,” she said. Breslin explained that many faculty members helped the administration move food out of Glar and into refrigerated trucks so that food safety was not compromised.

Power was restored to campus on Thursday evening, and classes resumed Friday as usual. Throughout the week, North Village and Garden Apartments remained fully lit and heated.

According to an email sent from the President’s Office on Thursday evening, “Our charge to the contractors has always been that getting the job done RIGHT is far more important than getting the job done fast,” said President Roger Casey explaining the seemingly long and complicated process of restoring the power on campus.

He humorously recalled the motto of the college, “e tenebris in lucem voco (I call you out of darkness into light),” saying that it could not be more appropriate.