With snow in the forecast McDaniel College groundskeepers have prepared the campus with salt to melt the ice, but it is a tiring job for a department that is short-staffed during a harsh winter.

Groundskeeper Dean Grothe of McDaniel College Grounds Maintenance explains that the difficult work comes when the snow begins and does not end until campus is safe for students. He said this can lead to shifts that last three or four days. In that case, groundskeepers will sleep for four or five hours in the break room located in 192 Pennsylvania Ave. 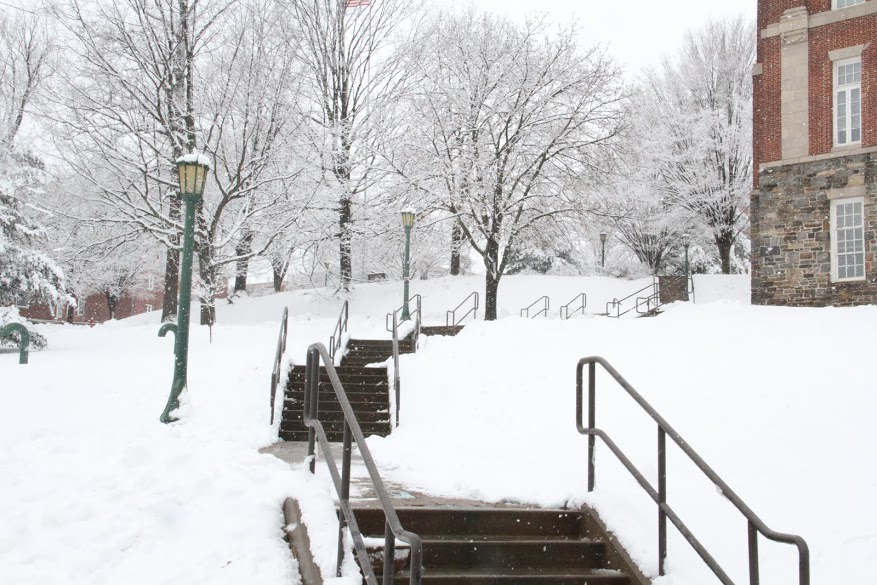 “When these storms come, we are called in when the snow starts and leave after it’s cleaned up,” he said.

Grothe explained that when snow and ice hit the campus, the groundskeepers divide into teams, focusing on clearing around buildings that need to remain open, like Decker. Grothe said that these tasks are more difficult when the Grounds Maintenance department is short staffed like it is now.

“It gets tiring, everybody down here is really getting tired” said Grothe, “but whatever it takes, that’s what we’re here to do.”

Students have taken to social media to express their concerns about the safety on campus because they do not see groundskeepers preparing for the snowstorm. One tweet from a McDaniel student 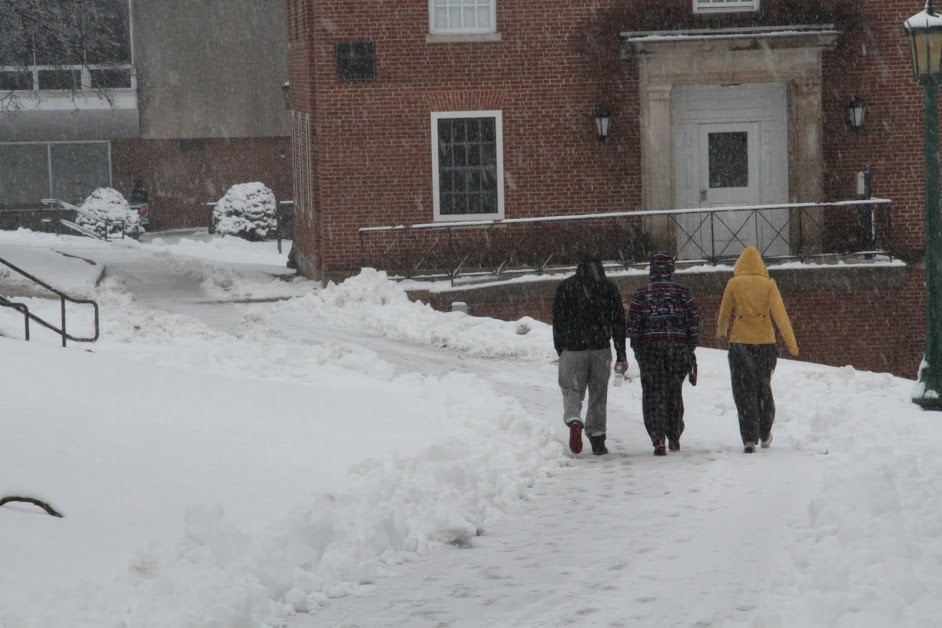 “So we’re expecting over a foot of snow, yet campus has nothing to show in terms of preparation. Hmmmm… #mcdaniel.”

The Grounds Department has confidence that they will keep students safe and get life back to normal on The Hill as soon as possible after the snow hits.

According to a Facebook status shared by Campus Safety, snow accumulation could be over 12 inches by Thursday afternoon.