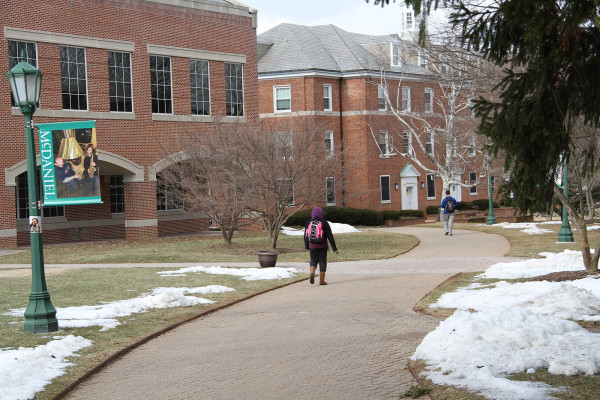 On Sunday March 2 at approximately 2:45 am the Westminster Police Department was alerted of “shots fired” at McDaniel College. During the investigation the officers learned of another event that involved a student who had been the victim of an attempted robbery on Pennsylvania Avenue shortly before the shots were fired.

Reported victim of the attempted robbery Junior Matthew Hines later confessed to fabricating his statement to the police, according to a news release from the Westminster Police Department.

Hines had previously claimed that he was walking along the sidewalk near campus when a grey van pulled up and three males got out, confronted him and demanded his property. Hines originally indicated that one suspect had a knife but he did not show it. He reported that he ignored the suspect and fled to a friend’s apartment on campus.

When Hines was confronted about inconsistencies in his statements to the police the next day, he admitted that he had not been the victim of an attempted robbery or crime as he had reported.

“It’s so frustrating that he would do that, everyone already feels unsafe on campus,” said senior Casey Roberds about the false report.

Beth Gerl, Vice President of Student Affairs and Dean of Students, in a statement released by the College, said “I am very disappointed and saddened to learn of the charges brought against a member of our student community.”

Hines has been charged on criminal summons with one count of making a false statement to a police officer.

This false report is not related to the shots that were fired at Whiteford Hall on Sunday morning.

Anyone with information on the shots fired should contact Campus Safety at 410-857-2202 or Detective Stephen Blackwell of the Westminster Police Department at 410-857-9285. 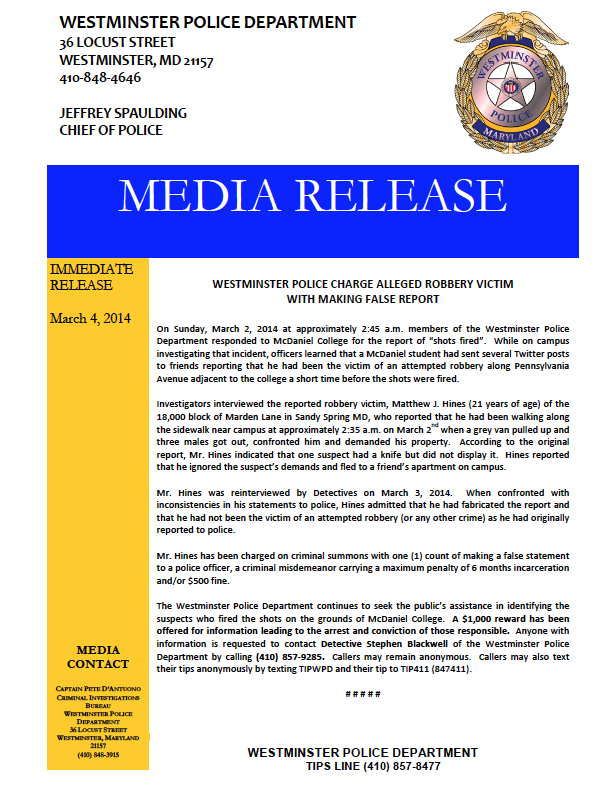