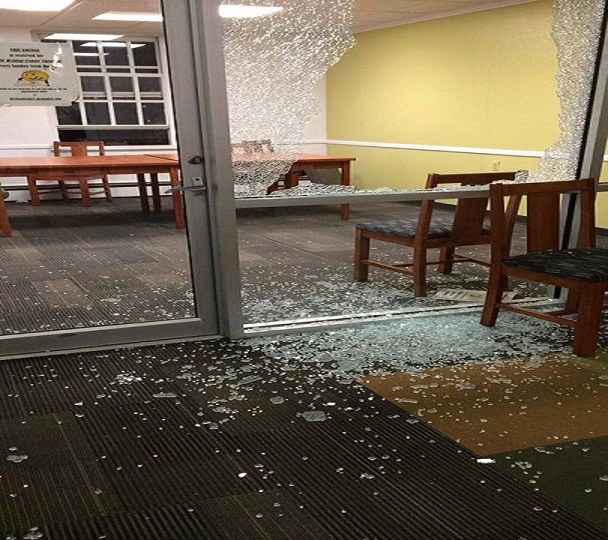 Shots fired into the lobby of Whiteford Hall on Sunday, March 2 around 2:40 a.m. shocked and terrified many students. Although no one was injured, several students were in close proximity to the unknown shooter.

The Baltimore Sun reported that the incident “stemmed from a confrontation between a group of students and four men just off the Westminster campus.” The investigation on the connection is still ongoing.

Not long after the students returned, shots were fired from outside of the building into the Whiteford lobby. Freshmen Rachel Morris and Alfonso Navarro, along with 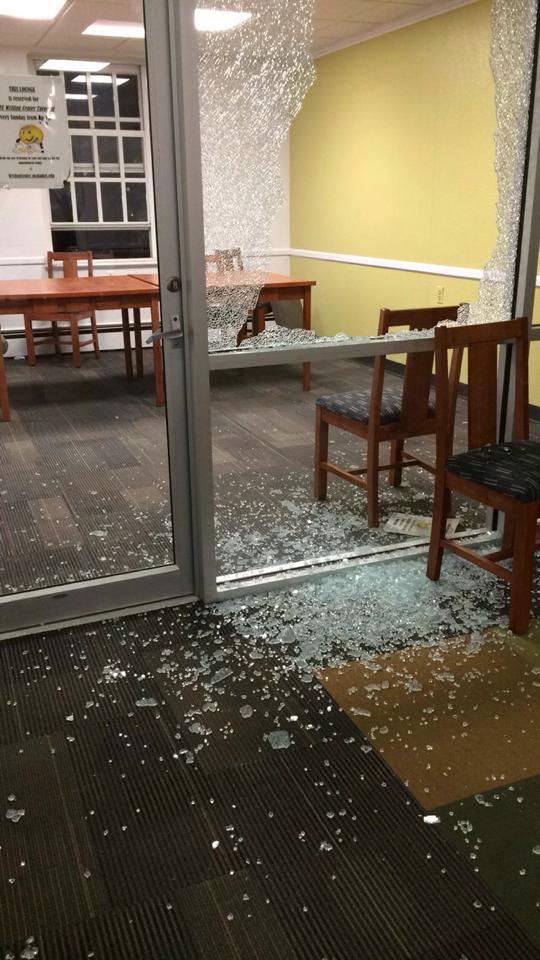 another student were in the lobby. According to Morris, three to five shots were fired around 2:42 a.m. from outside of the building.

“I heard a really loud noise” said Morris, “Honestly, I wasn’t sure what it was…Alfonso ran into the stairwell I kinda just stood there—froze—not really knowing what to do.” Morris immediately made a phone call to her Residence Assistant, Junior Mangie Moreno.

Moreno went to the lobby to make sure residents were safe. “RA training does not train you for specifically shooting, but they do tell us that we are not to put our lives at risk,” she explained. As per protocol, she made the initial call to campus safety, who told her “to keep people down and away from the windows.”

A campus alert went out at 2:53 a.m. that announced the shooting and informed students of the lockdown. Navarro and Morris estimate that Campus Safety was on scene within fifteen minutes of the shots being fired.

“I think that campo did a really good job getting there quickly,” said Morris. Moreno echoed her sentiments, saying that during the incident she felt Campus Safety “had everything under control.”

For many students, the McDaniel Alert system was crucial in getting information. Mo Shugars, freshman, who was in his room in Whiteford watching a movie, said “my phone went off and I picked it up and heard that the shots had been fired…I didn’t even hear it.”

While no official numbers were reported on the number of students using McDaniel Alerts, Joyce Muller, Associate Vice President of Communications and Marketing, says a large majority of students are registered. However, Muller would like to see 100% of the campus registered for the Alerts.

“Sometimes,” she stated, “it takes a serious incident like this for individuals to see the importance of it.”

Safety has become a huge question on campus since the incident. For Morris, the incident was shaking, but she thinks she’ll be able to move forward. “I’m fine during the day,” she says, “but at night it’s scary for me.”