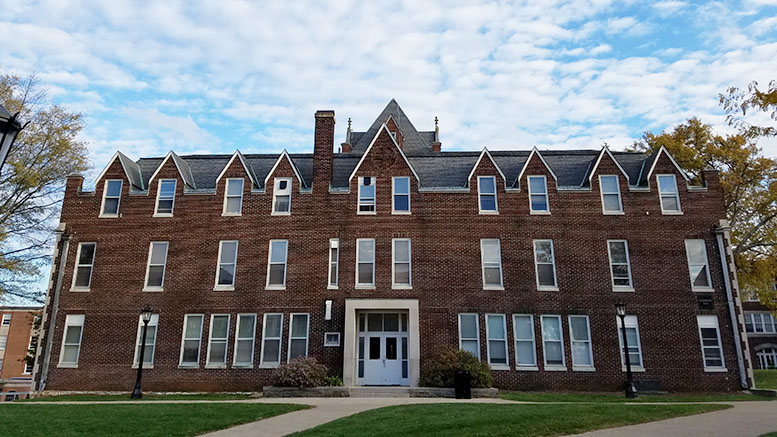 For any upperclassman, the standard routine of finals week is all too familiar: you ingest way too much caffeine, stay up late in the library each night to cram for exams, breathe a deep sigh of relief after each test, and skip past the course evaluation pop-up to anxiously take a look at study materials on Blackboard for your next exam.

However, that will no longer be the case as fall 2017 exams approach. After experimenting with several options over the past year and evaluating students’ response rates, the college is now implementing mandatory course evaluations.

“Our goal at McDaniel is to provide a high-quality education to our students. In order to do this, we need to hear from all of our students regarding their experiences in their courses,” said Wendy Morris, associate dean of faculty development and associate professor of psychology.

“Based on student feedback, faculty can improve their courses and do the best job possible for our students, [and the school can] evaluate professor performance, which is important when making decisions about promotion and tenure,” Morris added.

Over the past few semesters, Morris collaborated with psychology major Max Seigel as part of a larger independent study about statistics. Together, they tested whether there were any important differences between the responses provided in spring 2017 when the EvaluationKIT program showed a non-dismissible pop-up during the second week of the evaluation period, compared to the responses provided in fall 2016 (when the Blackboard pop-up was always dismissible).

They found that the average numerical ratings students gave their professors did not differ between the two semesters. In addition to the greatly improved response rates, the non-dismissible pop-up allowed staff to hear more about the experiences of students with lower GPAs. These students were much less likely to complete their evaluations when the pop-up could be dismissed during fall 2016 and during spring 2016 when there weren’t any pop-ups at all.

The college has already gone through several changes in evaluation practices. It switched to online course evaluations in undergraduate courses in the fall of 2015, which dropped the response rate down to 46 percent. Paper evaluations prior to that showed around a 95 percent participation rate because they occurred in class.

“The low response rate was a serious concern because it is hard for faculty to improve their courses if less than half of their students provide feedback about the course,” Morris added.

A professor stationed in Lewis Hall, who wished to remain anonymous, recalled the change from paper to online evaluations:

“I used to give 10 extra points to be in class on the last day and I would give course evaluations sheets then, so I would be almost guaranteed to have everybody fill one out,” she said. “So I used to get really good participation, but the first time it was online, I only got like 30 percent of the people and that’s awful. And it wasn’t like I wasn’t reminding people in class to go do the course evaluations. They just refused.”

Then, during the fall of 2016, when the college started reminding students to complete their course evaluations via a dismissible pop-up every time students logged into Blackboard, response rates were brought up to 60 percent.

Finally, during the spring of 2017, a two-week evaluation period was set up so that students would see a dismissible reminder during the first week and a non-dismissible pop-up during the second week. They also offered an incentive of a $100 lottery prize to students who completed all of their course evaluations.

But not everyone was pleased with the incentives. A female junior said that the non-dismissible pop-up is not fair “because you need study materials on Blackboard. It’s not like fun stuff that they’re locking out, it’s necessary stuff that affects our performance on finals and in the class overall.”

Given all this evidence, Morris concluded that the mandatory evaluation practice should be continued beyond the pilot phase.

Despite the benefits to the school and the professors, some students are still displeased. A male senior who wished to remain anonymous said he was unhappy with the change.

“It’s such a burden on us to have them lock our accounts out. If we have something to do, and we don’t realize ‘Hey, it’s time to submit it,’ we could totally miss out on opportunities of grading and things like that,” he said. “They need to do it way in advance. I think they should have it right now because by week ten you have an understanding of what the course is about and how the teacher acts.”