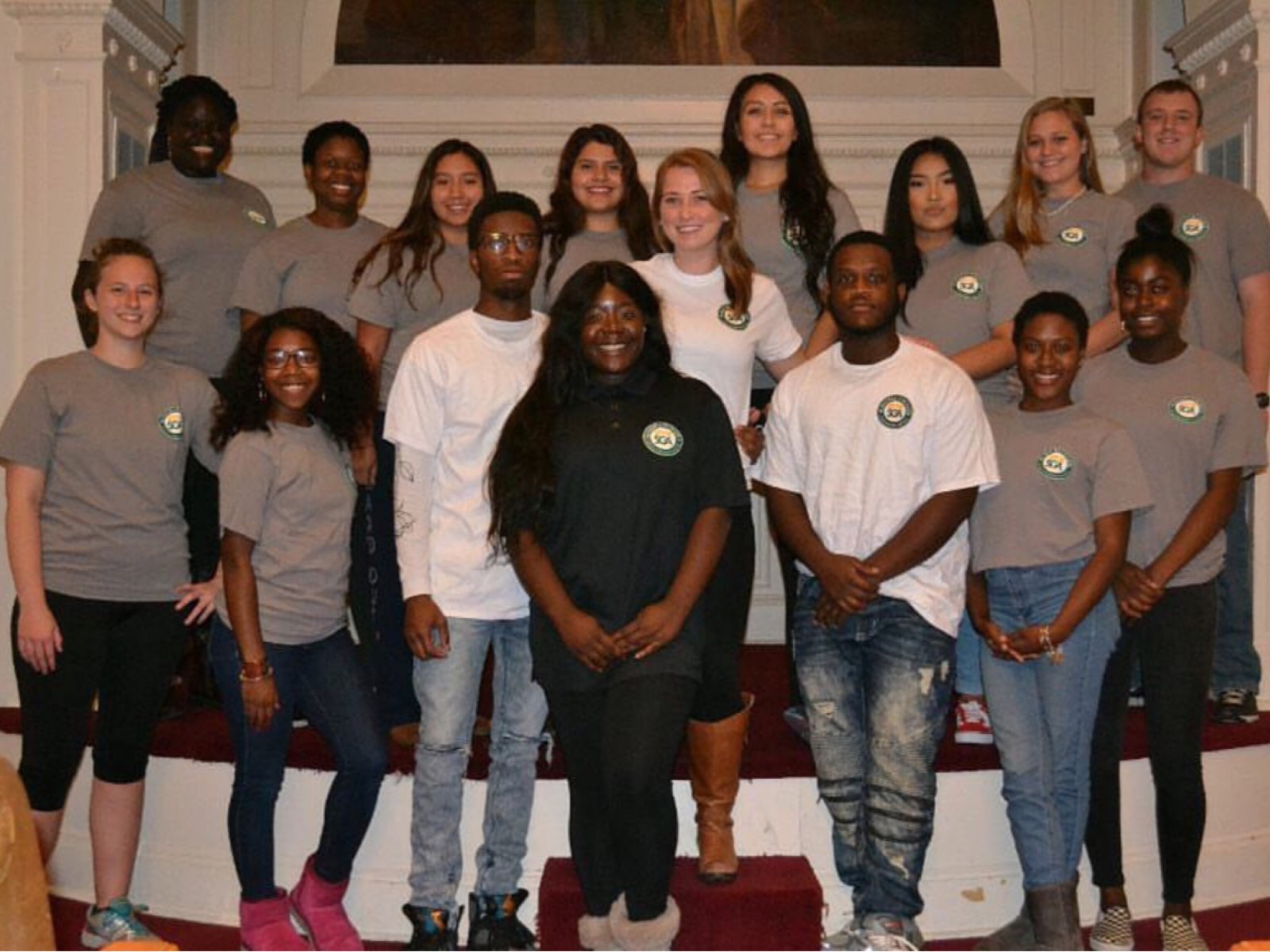 Members of the Student Government Association executive board have announced a new mission statement and organization outlook ahead of the start of the academic year.

The statement reads “We, as student leaders, strive to facilitate strong communication and transparency among administrators, faculty, staff and the student body. We promote student activities and provide a forum where student groups can gain assistance and support. The Student Government Association aims to secure student needs, improve community welfare, and maintain the Spirit of the Hill.”

The new model, said President Ashly Nsangou, is “lead by example,” specifically when it comes to requirements that SGA mandates registered student organizations abide by in order to receive funding through their annual allocations process.

“We can’t hold clubs accountable if we’re not doing it,” Nsangou said of community service.

SGA announced last spring that they would be requiring all organizations to show how they give back to the community, including those with ulterior missions.

While not formally listed as a requirement anywhere, SGA officers did make it clear during the allocations process that the distribution of nearly $30,000 would depend on an organization’s intentions to provide service to the Westminster community.

Nsangou believes working with the Boys & Girls Club or the Human Services Programs of Carroll County’s cold weather shelter, once it opens, would be great outlets for members of SGA.

“[Alpha Phi Omega Service Fraternity] and [Asian Community Coalition] did it,” she said. “Maybe we can partner with them? Partnership is important, you can’t do everything by yourself.”

To assist with new requirements and an increased level of expectations from student organizations, SGA has partnered with the Office of Student Engagement to offer Student Leadership Institute on Sept. 15 at 1 p.m.

The institute, according to student engagement, will teach students different strategies to be an effective leader at McDaniel.

Nsangou said that SGA came up with the institute over the summer to help student organization leaders who lack the proper training to run their organization.

Though the partnership between Student Engagement and SGA is new, the former has been hosting a similar conference and even days-long retreats for a number of years now.

To increase attendance, SGA will be giving $50 to each student organization with members present at the institute.

Topics of discussion will mostly cover programming, and how to properly plan a program, Nsangou said.

“We were very successful when we planned the spring formal last spring,” she said. “We’ll go over the little stuff we assume [organization leaders] know but they don’t actually know.”

Registration will open on OrgSync ahead of the event.

SGA is also hoping this semester is a time that they can begin to be a voice for students by gathering feedback.

Though one of SGA’s core tenets is to speak for students to the President and Board of Trustees, fulfillment in that has been lacking in recent years.

“Moving forward, we actually want to abide by our mission,” said Nsangou. “We want to connect students with the Board of Trustees.”

While Nsangou recognizes that students have lost their voice, she doesn’t believe SGA is entirely at fault.

“A lot of students don’t feel like they’re being heard,” she said, “but it’s hard for us to hear you if you don’t speak to us.”

To combat this apparent issue, SGA plans to table outside of the dining hall twice a month to get feedback to bring to the administration.

“I really want to emphasize and focus on transparency and consistency in this organization,” said Urquizo of helping students be heard.

SGA is also considering meeting with student organizations on a monthly basis, a service largely already available through Engagement Peers in the Office of Student Engagement.

Beyond structural and leadership assistance, Secretary Amara Foster is looking forward to the role that SGA will play in this year’s homecoming.

“We’re really excited this year,” she said. “We’re trying to do a spirit week where we have events each day.”

Last year, the week leading up to homecoming was cut short by fall break over Monday and Tuesday, despite the College’s 150th anniversary celebration.

Foster also believes that it’s important students understand what SGA does, what they stand for, and why it is important to get involved, no matter the organization.

During New Student Orientation, members of SGA were given a few minutes during an optional event to address students and introduce themselves and their organization.

There they announced the opening of two first-year representative positions available to all first-year students in the coming weeks through an open election.

SGA will be holding weekly meetings on Wednesdays in Merritt G05 at 8 p.m. These meetings are open to the entire student body.