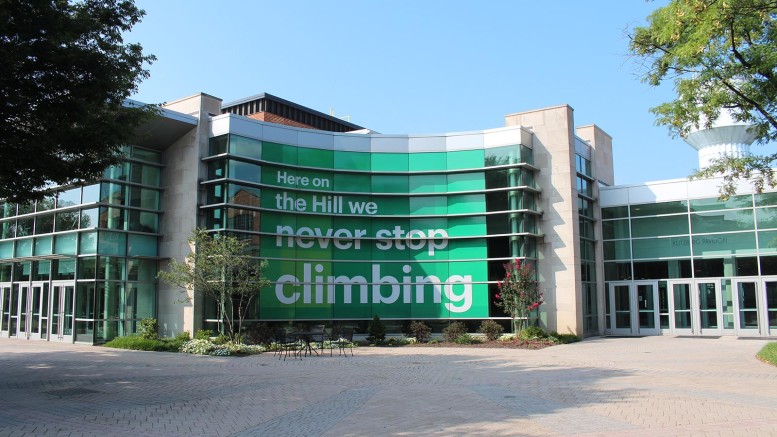 Multi-million dollar renovations have been made to the Gill Center. (Atticus Rice / McDaniel Free Press).

Following a span of construction that has lasted from the Spring 2018 Semester and throughout the summer, the 6.6 million dollar renovation of the Gill Center has finally been completed.

The goal of the renovations was to create additional classrooms for McDaniel’s kinesiology department, which is currently the most popular program at McDaniel. With an estimated 102 declared kinesiology undergraduate students, McDaniel will benefit from these renovations both academically and professionally.

Renovations included completely striking the mezzanine bleachers of Gill Gymnasium to install three new classrooms. Two of the new classrooms in the mezzanine hold up to 40 students. The basement level of the Gill Center was also renovated, bringing in one additional lab and updating seminar rooms.

However, with a 6.6 million dollar price tag on renovations to primarily benefit the kinesiology majors, students outside of the department have raised concerns over funds for their respective departments.

“Giving less money to other departments makes me feel like my major is less important,” sophomore Anna Odell, an English and theatre arts double major, said. “I feel as if I am getting screwed over.”

Overall, students from the kinesiology department believe the renovations will benefit their department both in the short-term and long-term.

“I’m extremely thrilled with the renovations,” junior kinesiology major Rachel Pigott said. “By completing this renovation, it will encourage more people to take classes in kinesiology.”

The renovations are designed not only to benefit academics, but also athletics, as the upper mezzanine classrooms can now be utilized as skyboxes for indoor sports matches, which include volleyball, basketball, and wrestling.

In addition to athletics, the classroom/skybox combo facilities can be used as a quiet and isolated viewing space for events such as graduation.

My girlfriend doesn’t kiss me anymore? These quick tips might fix my relationship

What it Means to be Greek