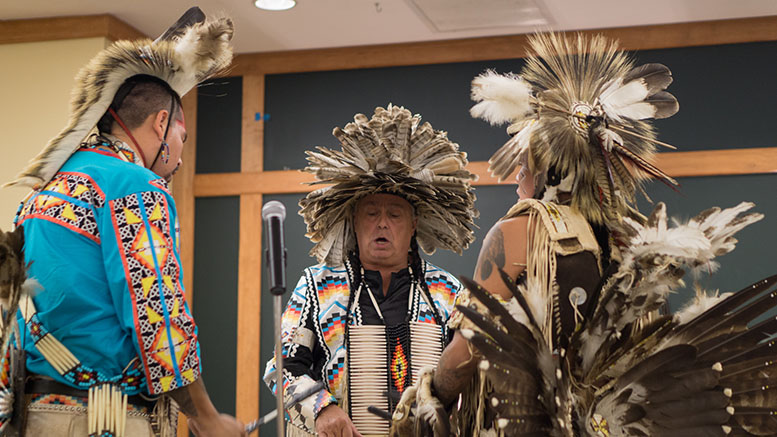 “There’s tribes all across the United States, but when you walk down the streets, how many American Indians do you see? We are not extinct. For we have survived and we are here,” said Mark Tayac, 29th Generation Chief of the Piscataway Indian Nation.

On Nov. 14, McDaniel’s Office of Student Diversity and Inclusion (OSDI) celebrated Native American Heritage Month with cultural performances from Mark Tayac and the Piscataway Indian Nation Singers and Dancers. In garments made of feathers, animal skin, and more, the performers highlighted traditional song and dance to raise awareness of American Indian culture in the U.S.

The Piscataway Indian Nation is an indigenous tribe native to and presently residing in Maryland. Performing across the nation, tribe members educate American audiences by telling stories passed down through generations. ‘‘We’ve been doing this now for a little over thirty years,” Tayac said, “but one of the reasons that we started our performing group was to change images that not always portrayed American Indian Culture, or history at times, through a very positive or accurate way.”

From Western “Cowboy and Indian” films, to sports teams using tribal mascots, to cartoons like Pocahontas, the performers seek to dismantle societal representations of American Indians and replace them with the truth. “We’re able to share the beauty of our culture, but we’re able to tell the history of our people from our voices – the trials and tribulation,” Tayac said.

OSDI Director Jose Moreno believes that a program featuring culture can be an extension of what students learn in class. “People need to understand and see the differences. Being inclusive also means not just accepting people, but learning about different cultures,” Moreno said. “Just because we may not have a large population of American Indians here, doesn’t mean we shouldn’t learn about them.”

As for students reactions, over 15 audience members volunteered to take part in acts like playing “stickball,” or modern-day lacrosse, and the rabbit dance, a social dance used to strengthen bonds in youth dating and friendships. “There were some students that came and said ‘I’m going because I have American Indian blood or heritage.’ For them to see that and take pride in it, it means a lot,” Moreno said.

Tayac agrees that students should be more involved in learning about diversity. “College students are the fiber of this country. They’re tomorrow’s politicians, lawyers, doctors, and workers,” he said. “In the Indian way of life, we’re always taught, everything that we do in our lifetime will affect the next seven generations still yet to be born.”

Sophomore Dorothee Cadet, who attended the event, stated, “I want to know more. They’ve opened up my interest in learning about different tribes and aspects of their culture.”

Throughout the show, the performers connected to the audience with both traditional and modern animal dances like the “Eagle Dance,” which signifies the birth and guidance of the eagle.

Drumming was also a key component of the show. Tayac emphasized that the drum represents the heartbeat of life. For American Indians, as long as the drum goes on, the tribe goes on.

Cadet continued, “How many dances that could come from one drum – that was symbolic for me. That’s a part of history that should have been spoken about more.”

Out of the show, Mark Tayac and the performers wore regular attire, attempting to show that their people work regular jobs and live in regular homes, like everyone else.

Despite outdated images that American Indians still live on reservations and in Teepees, Tayac believes that his culture is more than just a show and wearing buckskin clothing. He said, “It’s not something that just lives in a museum, but it lives in our hearts and it’s alive among our people.” 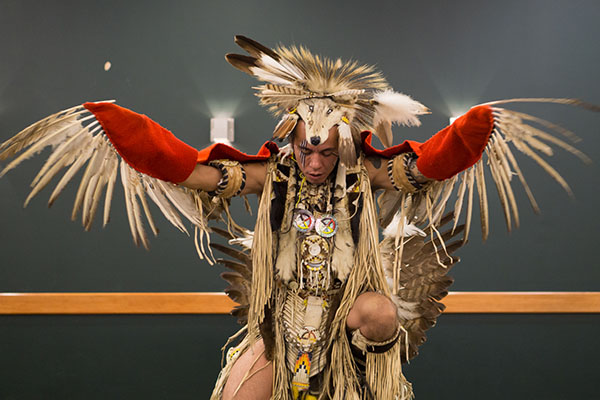 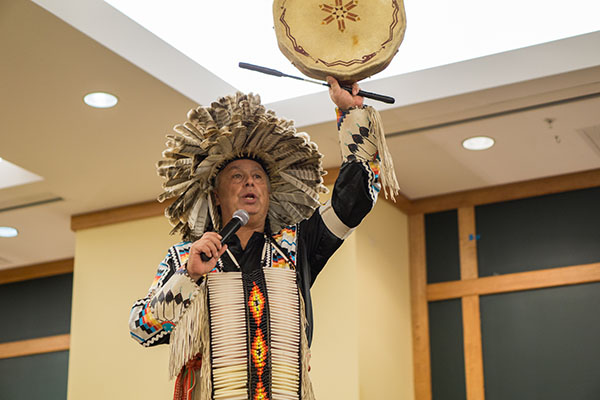 McPlaylist of the Month: September