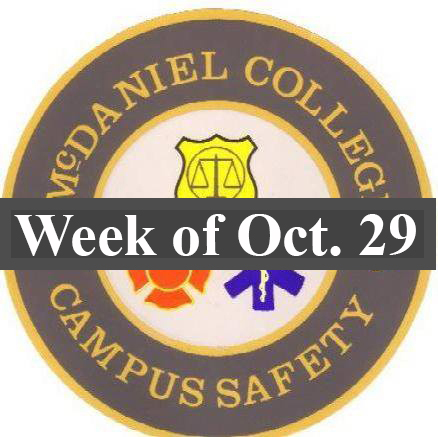 So McDaniel, the town of Westminster seems to really be trying to keep us on our toes. First we had the now almost ancient Great Pizza Robbery, and now we are confronted with Flare Gun-gate. In regards to the latter, look, I get that robbery is a standard, run of the mill crime; it’s shocking and illegal but not particularly revolutionary. But why in the name of all that is holy would you use a flare gun as a weapon, much less have one in your home in the first place. Was procuring a real gun too difficult? Last I checked in this area it’s not exactly a difficult place to obtain one. Anyhow, enough about bizarre townie encounters, we have enough on campus debauchery to discuss.

First off, it seems that North Village has returned to its old habits, as we had three cooking smoke false alarms. All I can say to this is that if you’re not capable of using a stove, use a microwave. If you can’t pull that off, ask someone to do it for you. That is, unless you’re a fan of all your food burnt–in which case just go to Glar. Chances are they’ll have just the thing to quench your appetite, and you won’t have to deal with roommates that despise you. It’s a win-win for everyone.

Speaking of smoke, someone in Rouzer seems to have been trying a bit too hard to de-stress after midterms, given they were busted with a controlled dangerous substance and paraphernalia. Perhaps they would have been better suited with some nice chamomile tea instead, or maybe some ­­Bach for Getting High…I mean Studying yeah, definitely studying (It’s a working title, don’t judge). Not only do neither of those get you in trouble with Campus Safety, but also they can be bought with your parents’ credit card, which last I checked was not possible with any but the most technically advanced drug dealers–or any shops in Colorado and Washington.

Anyways, I have to ask you folks to please cut out all the actually serious crimes, they’re really messing with my vibes here; I can’t write jokes about serious issues–that’s just insensitive. So, if you’re going to do something illegal, make it something minor enough that I can write jokes about it and that you don’t face serious jail time. I’d say that’s beneficial to us all.