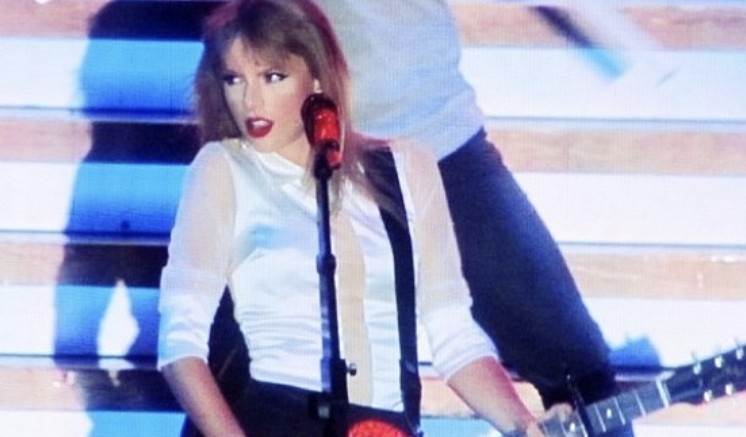 We all saw it – the avalanche of news-feed clogging reactions to Taylor Swift’s “Blank Space” video. Interestingly enough, the public seems unable to reach a consensus, with some reactions blasting Swift as a promoter of domestic abuse and others lauding her as a model of feminism.

These oppositional reactions are caused by varying degrees of media literacy. The video can be interpreted in many ways, and a person’s reaction is dependent on his or her ability, or lack thereof, to recognize certain recurring concepts and ideas in media texts.

The music video tells the story of a woman who lives an apparent dream-come-true life where she and her stereotypically perfect boyfriend spend their time at her mansion, riding bikes indoors, ballroom dancing, and picnicking in the garden, until she finds him texting someone instead of paying attention to her. At this point, she becomes hysterical to the point of a psychotic episode, vandalizing his belongings and turning violent until he manages to leave and a new boyfriend takes his place.

Those who only saw a justification of female on male violence in this music video are missing out on the implications of signs and genre that tell us what is really being said. Far from making women seem dependent by going crazy at the thought of not having a man, we see a powerful woman who puts men in the suppressed role traditionally occupied by women. Rather than glamorizing or promoting the actions of the main character, the video means to highlight the inappropriateness of her character.

Looking at the visual symbols, one gets the idea that women are powerful and in control. Throughout the music video, the woman is the center of focus, as opposed to the man. She is the one who acts and engages with the setting and the camera, while the man, for the most part, remains in the background. The viewer sees her painting the man, a scene which reverses conventional gender roles. Normally, women are portrayed as objects, but here, the man is. In addition, the woman lives a lavish lifestyle with a palace-like home and various expensive animals, implying wealth and high status.

The video is satire, and thus all the common tropes of the genre must be employed when determining the meaning of the video. Swift’s portrayal of the wronged, vengeful ex-girlfriend with the comically exaggerated mascara running down her cheeks and the manic displays of anger provoked by nothing more than a baseless suspicion of cheating is so overplayed that viewers are meant to understand it as a joke. This character’s behavior is not being promoted in the video, but instead, it is being critiqued and mocked to emphasize the absurdity of the situation. Many have found the woman’s reactions to be extreme or excessive, but the point that they have missed is that these reactions are supposed to be extreme and excessive.

When the viewer lacks the knowledge required to recognize such aspects of media, an entirely different meaning emerges from the text that can lead to societal problems. Much of society’s rules and norms are established and learned through popular media, so being able to understand it is critical in understanding how to interact in our culture.