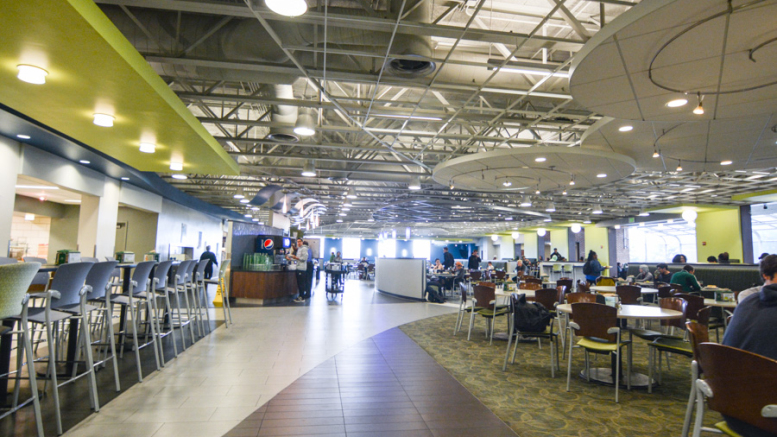 It’s undeniable that the student body is quite incensed by the recent changes to the meal plan, and, given the stipulations involved, they have every right to be. The changes, which will require incoming first year students to purchase five additional meals per week that will not carry over from week to week, will undoubtedly be to the detriment and inconvenience of a majority of students and organizations, on both an economic and personal level.

However, there is something more important to take away from this issue: it has become clear that at McDaniel College, there is both a lack of transparency and a lack of respect for the opinions of the student body and faculty. The fact that information on the program was distributed at the last possible second was proof of this fact; we, as students, pay to attend this institution, and deserve, at minimum, to be informed in a timely and appropriate manner regarding changes, especially those which will affect us as majorly as these changes do.

But the time has passed for asking only the minimum of the administration. We, as of this point, must realize that it is due time to demand the respect we duly deserve; our voices exist, and we now must make them heard.

To do this, we must confront two hurdles. The first of these is that it’s easy for students to be apathetic. Given the many stressors of college, one can be forgiven for feeling burned out and apathetic about the changes occurring. But such apathy does nothing to help us as a student body, and it is exactly what enables actions such as those carried out with the meal plan to continually occur. It plays into the hands of those who wish not to listen to our complaints by ensuring there are no united complaints to listen to. As such, as students we must find a way to become involved, lest we lose our voices to apathy.

Secondly, we must organize, not only among our small groups, but also as a whole. Alone, no organization on this campus has the clout to inspire any serious changes; even larger groups such as the Black Student Union and groups of a similar scale face steep opposition in this regard. As such, we must unite as a whole, as one student body dedicated to ensuring our representation in the decision-making done by McDaniel College. We must be able to come together to demand change, to demand fairness and to demand that we as students will not be unrepresented.

What also is needed is a forum for students to express their ideas among their peers. We all discuss these things among our friends, among our groups, on Yik Yak and Facebook and the like. Why too, can we not bring our opinions to a forum populated by the rest of the student body, the faculty and the staff of the school? Is not the principle of democracy that every voice be given a chance to be heard? What better way to do this than through a general assembly of students, a town hall so to speak, in which all could be heard? Such an assembly is not only desirable, but necessary should we be truly dedicated to having our voices heard. McDaniel’s Progressive Student Union is holding a Town Hall Meeting on Transparency and Voicing Student Concerns on May 7 from 5 to 6 p.m. in Decker Auditorium to address this need.

We as a generation have seen firsthand the power of populist assembly: from Ferguson to Wall Street, we have seen disparate communities band together in the face of adversity. These protests and assemblies have proven effective, and have inspired real and tangible change in their wake.

Why then, can we as a student body not do the same? Nothing can hold us back but our own doubts and inhibitions, and once we are able to summit these, we can positively and strongly have our voices heard and our desires brought to fruition.

Now is not the time for wishy-washiness, or the acceptances of ex-post-facto adjustments that simply put lipstick on a pig and wallpaper over the rotting drywall. It is now time for action.

Editors’ Note: Just after this commentary was written and prior to its publication, General Manager of Food Services for Sodexo at McDaniel College Rita Webster sent the following message to all undergraduate students: 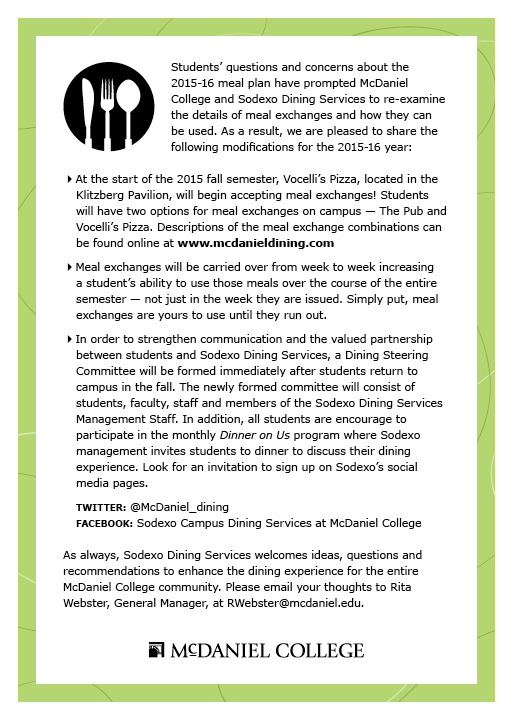 Film Review: “Now You See Me”

1 Comment on "Underrepresented and Disrespected: The Larger Issue with the New Meal Plan"