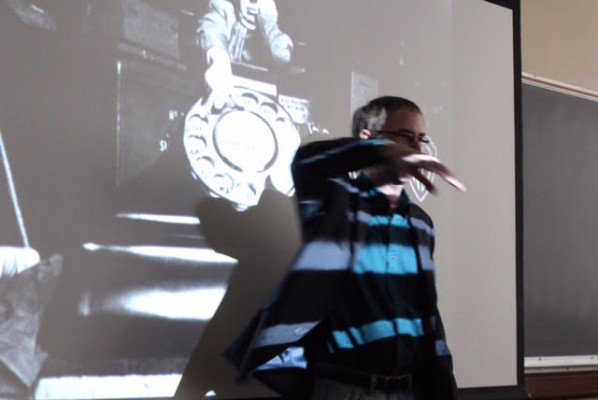 What are employees looking for in recent college graduates? They want people who are able to express themselves well orally, in writing, and visually.  They want creative problems solvers that work well with others. More importantly, do you also know what it takes to make the best film ever? If these are things you think are important, then communication and cinema is the perfect fit for you.

There are over 100 students majoring in either communication or cinema at McDaniel. There are three faculty members in the communication department and two in cinema. 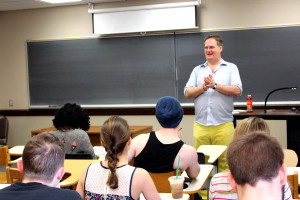 Trader says that communication “is like the glue that binds us together and like the stake that drives us apart.” He said that the more strategic approach that people take when communicating with others, the more effective the communication process will be.

After students earn their degrees in communication, some students become news reporters or editors. Some students will go into professions where they are seen on television or heard on radio, like broadcasting a sporting event. Others will go to law school and become lawyers. Event planning, marketing, and politics are some other fields that students with a communication degree enter.

Cinema faculty Johnathan Slade and Richard Brett want students to understand the history of cinema and visual media, how to write professionally for television and film, and all of the myriad production aspects of how movies are actually made.

“Cinema is not just about how to run cameras,” Brett said. “I do not want students graduating and only being a light designer, an editor, or a story teller. We want students to graduate understanding every aspect of cinematic storytelling.”

Outside the classroom, Brett has also worked as a videographer and a screenwriter doing various projects. He and Slade, who received his M.F.A. from the University of Southern California, have produced documentaries for public television.  Both have won awards for their work.

Brett thinks that, beyond the realm for cinema, learning how to solve problems, leading a group, and learning analytical and creative skills are important for any job and for life in general.

Upon graduating from the cinema program, Brett and Slade want their students to know how to write for television and film productions and to have multiple options open to them, ranging from graduate school to working in one of the “thousands of cinema-related fields, like production design, editing, lighting, visual effects, location management, script supervision, casting, cinematography, post-production, or countless others.”

Mobility and Movement: A Look into the Exercise Science Department and Dr. McCole