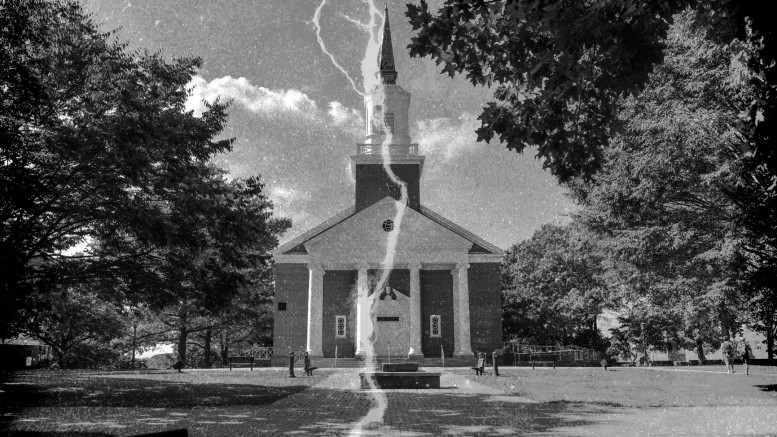 McDaniel College has lost its way. Not because of its academics, nor its tuition, nor even some grand purported scheme against organized labor. No. McDaniel has lost its way by sacrificing the sense of community, and replacing it with empty gestures of prestige.

Clubs and organizations sit understaffed, empty, or long defunct. Our own Free Press has, in the past half of a decade, declined from a paper with fifteen to twenty staff writers to one with most of the content produced by the editors. The radio station has decreased in involvement as well. And in a presidential election cycle, neither Young Democrats nor Young Republicans can be found anywhere.

Why is this? Is it the apathy of millennials? Or is it the doing of the school, which has put more focus on prestige projects and photo ops than upon making the students of the school feel welcome and involved?

The Encompass Program. The Duke of Edinburgh. The Honors Program. The list goes on an on. These programs have many benefits, yes, but there is something problematic about them: these programs do not inspire community. They do not bring together students around some common, voluntary, self decided cause. Instead, they attempt to bring students together through mandatory rigor; they assume that higher levels of academic and personal excellence will somehow bring students together in unity. They are wrong.

Instead, these programs simply chose the crème de la crème, the elite few capable of taking journal reading classes, of taking five years of languages and doing outside of class work.

And whom do they leave out? The rank and file student, the student with a 2.8 GPA who just wanted to make his/her college experience more than a slog to a 4.0. The student who came into college thinking they would have a radio show with a best friend, who wanted to volunteer at the Art Council, who wanted to be a part of something bigger than just the college.

This is the student that, by the end of freshman year, is running headfirst to Towson or UMBC as fast as their feet can take them. Because there is nothing at McDaniel to make them want to stay.

There are a few exceptions, certainly. Greek life on campus has filled a void, but it has its flaws and hurdles, as do sports teams. Media outlets such as our own Free Press and Terror TV operate in their niche worlds, but also boast funding and support from academic departments. Activist groups such as the Progressive Student Union and Green Life have grown on the edges, and boast a strong sense of community; yet they are small, and have to fight for relevancy.

Meanwhile, the cameras flash and the curtains rise on another ceremony in the Forum, another student in a borrowed suit getting an award and a stipend. The papers write stories; the donors swoon at the professionalism. And yet outside, ten students sit, filling out transfer applications.

What is McDaniel to be in ten years? Twenty? Will students still sit in Whiteford, wondering if they will ever belong to a group that values them as an integral member, not as a number or a medal? That, my fellow students, is up to us.

We have to build our own communities, come together even as the powers above us give us no help in doing so. Meet in Hill Hall basement classrooms and the dingy rooms under Glar, play loud music and assemble in Red Square, party and socialize with friends in Gardens and North Village.

We are not just numbers or names on the roster of a prestige project. If we are to get our pictures in the paper, let it be for our own good, not for the aspirations of the select few above us, or for free publicity for the institution. McDaniel can be more than just four more years of high school. It can be the best days of our lives, the ones we were always promised. The ones we now stand to never have.

Editor’s note: The college radio station was previously stated as being defunct. It is currently active, though overall involvement has decreased significantly over the last decade, much like that of the Free Press. The author’s statement was based on outdated information.

Learning for Ourselves: A Reflection on Education