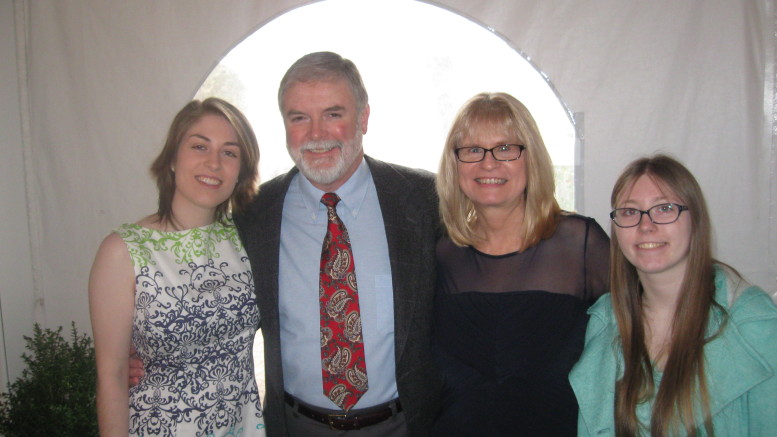 What is your preferred name and major(s) and minor(s)?
My name is Sarah Crockett and my major is computer science.
What are some of the jobs you held at McDaniel?
At McDaniel I have been a Writing Center Peer Tutor, a Computer Science Tutor, and a Peer Mentor.
What organizations were you part of at McDaniel?
I have been president of WMCR (McDaniel’s Radio Station) and treasurer of McDaniel’s Canine Companions for Independence Puppy Club. I have also been a sound designer and operator for McDaniel theater productions such as A Midsummer Night’s Dream, Pygmalion, Fat Pig, and the children’s shows Strings and Spooky House.
Tell us more about your story at McDaniel. How much did you enjoy your time at McDaniel?
I very much enjoyed my time at McDaniel. Initially I didn’t want to attend McDaniel; it wasn’t my first, second, or even third-choice school. But I found that it was a great fit for me! It’s really easy to get involved and form close relationships with truly knowledgeable and caring professors.
Who do you think is/was your best mentor(s)?
My best mentors have been Prof. Josh Ambrose, Dr. Paul Lin, Dr. Italo Simonelli, and Dr. Vera Jakoby. They have all been interested in my life and my achievements on-campus and off, and have given me some great advice over my four years.
What were some of the challenges you encountered and how did you overcome them?
My biggest challenges were working my way through difficult math classes to complete my major and building the McDaniel radio station from a dilapidated club to an active organization that deejays for school events, broadcasts live shows online, and has an affinity house organized for next year. With the math classes, I studied hard and often, went to tutoring at every opportunity, and reached out for help when I needed it–so step-by-step, I made it through! I approached the radio station the same way: reaching out to our club adviser for help and advice, and working through broadcasting online in small steps.
What are your plans for after graduation?
After graduation I am going on a trip to Walt Disney World with my immediate family, and then I will be working at T. Rowe Price as a business analyst in enterprise security.
What is your best memory at McDaniel? What is your worst memory at McDaniel?
My best memories are the many eventful times I spent with the members of the Puppy House: Facial Mask Mondays, Non-Alcoholic Thirsty Thursdays, days where we tried exotic fruits and dabbled in various art projects, and nights when we went on long road trips by spontaneously picking which street to turn onto next.
My worst memory is getting a text that my grandmother had had a stroke while I was running sound for a show in the theater. I had to ride out the rest of the show knowing that, then spend the drive home worrying about how bad it was. (She later died of complications.)
What advice can you give to those not graduating?
Don’t doubt that your hard work will get you to where you want to be. I had many nights where I struggled and doubted myself, but I am now graduating with a major I didn’t know was possible for me to succeed in, and I have an awesome job lined up that I couldn’t have envisioned even just a few months ago.
Anything else you want to share with the world.
I want to thank the unsung heroes of McDaniel — physical plant workers, grounds crew, maintenance men and women, housekeeping, Sodexo workers, and Campus Safety. This campus wouldn’t be nearly as great as it is without their hard work!
SHARE
TWEET
PIN
SHARE