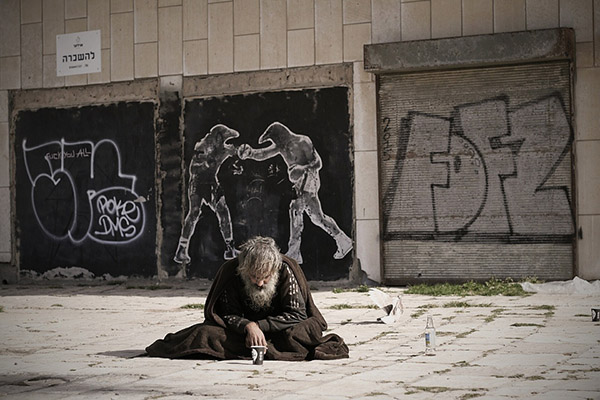 It was a summer day when my friend asked me if I would like to join her on a Jesus Run. Unsure what I was getting myself into, I said yes. Despite my initial question of how long the course would be, with some more information, I realized there would be no running. Instead, we would slow down and not only notice but pay attention to those who are often overlooked: the homeless.

Jesus Run is an outreach program by the Young Adults group in the Philadelphia area. David Ogar felt called to help the poor in Philadelphia. He and one other person started this night of service back in January 2016 by delivering food and supplies to the homeless.

Since then, Jesus Run has grown to the point where up to 50 people come to deliver hundreds of prepackaged bags to the men and women on the streets of Philadelphia. But this evening of service is about more than just handing out food and supplies to the homeless, as I would soon learn by the end of the night.

After meeting in the parking lot of the Cathedral Basilica of Saints Peter and Paul, located in the city of Philadelphia, we set out in small groups to deliver the bags. We came to a homeless man and woman settling in for the night. They graciously accepted the food and supplies we offered and, instead of moving on, we stayed.

Anthony Olenski, a seminarian at St. Charles Borromeo now leading the runs, explains, “because we provide each person we encounter with food and any supplies they may need, they can shift their focus to actually getting off the streets.”

We talked, asked questions, and listened to one another. Goodbyes were said, and we continued to hand out the remaining bags. As the night came to an end, we walked back to the Basilica with one bag left. We passed a woman in need of one, and thus offered her our last bag. But before we could leave, she opened her heart and told us her story.

Olenski says this is the most powerful part of the night. “There is always, by God’s grace, that one person who opens their entire heart to you and lets you step into their lives.”

She told us the struggles she faced living on the streets, yet she spoke with a strength and positivity you could feel. This woman had a faith and a trust in a greater good that seemed effortless. I never expected a story and a smile to stay with me, but hers does.

This experience revealed to me the power of paying attention to, making connections with, and listening to the stories of people who all too often go unnoticed.

There are a number of ways to notice these individuals. Collecting food and supplies to donate to shelters, handing out coats and blankets in the winter, and informing an individual of where a hot meal or a bed may be are all ways to help the issue. But how often is a genuine conversation involved?

Yes, handing out food and supplies is beneficial, but the impact of a conversation cannot be underestimated. One of the powerful things about a conversation is anyone can have one. It does not have to come from a group of Young Adults meeting in the parking lot of a Cathedral Basilica. It can come from a person of any background at any time. The point is to just simply have the conversation and listen to the stories being told. Maybe one day their stories will be heard by the right person and a step towards real change can help these men and women. Until then, it cannot hurt to hand them a bag with some food and supplies and just listen.

Sex on the Hill: Crushing on the Prof

The truth about McDaniel football: A rebuttal