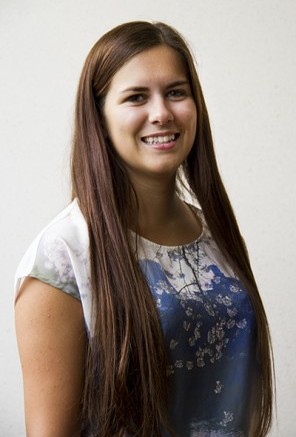 My name is Adrienne and I am majoring in psychology major and minoring in exercise science.

At McDaniel, I worked as a lifeguard at Harlow pool and as a tutor at the Writing Center.

I was a member of Phi Sigma Sigma. I also was a part of different organizations throughout my four years, like gospel choir and best buddies, but Phi Sig was the one that I was most involved with.

I really enjoyed my time at McDaniel. There were definitely its ups and downs, but I think that is the same everywhere.

This is so hard. I have had some great professors and friends on campus that I have looked up to. They all have had an influence on me and I don’t think I would be where I am without their support and encouragement.

One challenge that I encountered was when I began an internship that I realized was not for me. It was very stressful for me because I felt that, because I started it, that I was totally tied to it. However, I realized that that was not true. I first talked to my adviser for the internship and told her the situation and why I thought it was not for me. After talking with my adviser, she helped me figure out the best way to talk to the company that I was interning with. It ended up being a good learning experience in how to deal with people and uncomfortable situations.

After graduation, I am working for a company called Service Coordination, Inc. I will be a service coordinator for individuals with developmental disabilities.

My best memory was joining Phi Sig. Because of Phi Sig, I have met so many great people, both in my chapter and in other organizations and have had some awesome experiences and memories.
My worst memory was my freshman year when someone, who wasn’t a student, shot a gun into Whiteford Hall, which is the building that I was living in at the time. That night was scary and it was just a very confusing, unsettling, and uncertain time because we had so little information about the incident until the next day.

Try to get real life experience by doing things like volunteer work and internships. Classes are important but employers are much more interested in your experience than your grade in one class.

Enjoy every part of college (even the not so fun parts) because it goes by way too quickly!