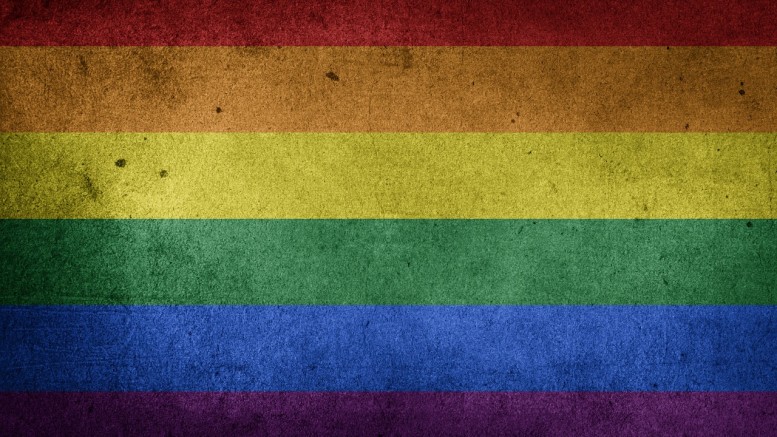 McDaniel is not the greatest place to be LGBT. As a gay man, I feel very fragmented from any sense of an LGBT community on campus, and often feel that this campus is excessively heteronormative.

I perhaps didn’t respond in an “ideal” way when ‘verified safe zone’ signs began to appear last semester. To me, these are meaningless. While I have never experienced non-culturally accepted forms discrimination from a faculty or staff member, I felt a degree of irritation when these signs appeared. Spending two hours in a training session will, realistically speaking, accomplish nothing other than to further the school’s illusion of reducing LGBT alienation. Sam Killerman, a recent speaker on campus, reminded us that it is impossible to remove a lifetime of acquired prejudice, among other assertions. I immediately thought of these sessions when this was said.

The big problem is the students. There are plenty of LGBT students at McDaniel, but they can be hard to find. McDaniel lacks a meaningful LGBT community, and many remain closeted. This is fine, but I can’t help but wonder to what degree this is the result of our heteronormative campus. I’ve heard students say a variety of homophobic things, most notably casual use of the word “f****t” and even the expression “that’s gay.” While I actively indicate my displeasure at the nature in which these are being used when possible, the vast majority of students fail to do so.

Also, I keep being tokenized. I’ve even experimented with this: the more flamboyant I act, the more I end up with people saying “oh, you’re so sassy,” or saying “HEYYYY” enthusiastically when they see me. It’s almost as if I’m a comedian delivering my signature punchline when I do something flamboyant then watch their faces light up with delight. This becomes problematic when I’m legitimately angry or upset and others still proceed to perceive me as “sassy.”

Even when positive, the imposition of stereotypes upon me and other students increases the alienation we feel. If we don’t seem to fit the mould of what society has decided a gay man (or any other LGBT community member) is supposed to be, we then feel pressured to fulfill these roles, diminishing other aspects of our identities. To much frustration, I often find that “gay” is the first characteristic that others identify me as, whereas I only see this as a part of who I am.

For me, this leads to reluctance to be who I am. Once I become the “gay man” in people’s eyes, it is then forever impossible to be just “the man.”  My homosexuality is part of who I am, not my entire identity. I suspect that many of my closeted allies share this fear.

It is especially important for LGBT students to have our own community. Unlike several other marginalized groups, we are rarely born with our community around us; rather, we wait many years to enter it, which involves the immensely challenging task of accepting one’s own non-heteronormative and/or non-cisgender identity. Without a support system backing us up, we are even more alone in our struggle to accept ourselves and try to feel at home in a heteronormative world, which is often a long, difficult process. I feel that our profoundly higher-than-average suicide and depression rates speak for themselves.

Events that promote LGBT dialogue and mutual advice can be helpful, such as the Coming Out Day Panel hosted last semester, but it’s also important to remember that there are many LGBT students afraid to come to such events due to the insecurity they feel. While I liked the idea of this event, for example, I was struggling with quite a bit of internal homophobia at the time and couldn’t muster enough confidence to go. Perhaps if I had a strong group of fellow LGBT friends to encourage me, I could have gone and avoided regretting my lack of attendance.

Even if our community begins an anonymous form of support, it will be intensely helpful. It would have helped so much to confidentially get support before I began coming out to people. Once I gained the self-esteem to do so, I noticed that I began to come out of my shell, becoming more expressive and confident. Finally being able to be oneself is an intensely empowering experience, though LGBT students do not seem to have access to the necessary resources and community in order to reach comfort with their identities.