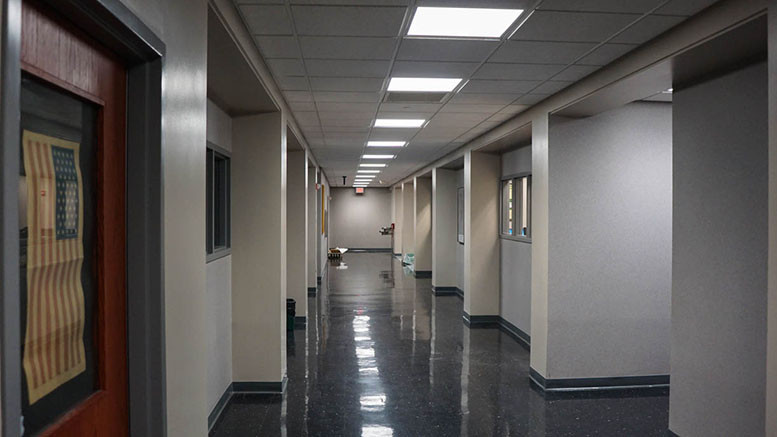 McDaniel College turns 150 this year. This campus has a long history; a lot can happen in 150 years. But some parts of McDaniel’s history are seldom spoken of—such as the now-infamous bunker in the basement of Lewis Hall of Science.

Dr. James Lightner, McDaniel’s resident historian, wrote a book in 2007 called Fearless and Bold, in which he discusses the college’s history from 1866 to 2002. In this book, a group known as the Wartime Information Security Program—WISP—was referenced. WISP was a collective of eight men, “some on the [McDaniel] staff, who would, in a war emergency, gather in their headquarters at the college… to set up the machinery to censor American media.”

The bunker was overseen by the Office of Defense Mobilization (now named the Office of Emergency Preparedness). Initially called the United States Office of Censorship, it was renamed the Wartime Information Security Program under Nixon. According to a 2014 Free Press article, Lightner claimed that the 6,000-square-foot chamber, accessed by elevator and equipped with a broadcast facility connected to FEMA’s communications infrastructure, “was the worst kept secret on campus; everyone knew it was there, but no one had ever seen it.”

The Cold War was a time full of panic, but for some it struck closer to home. McDaniel’s campus is moderately close to Washington, D.C., feeling a lot of the anxiety that the capital felt during the time. Being so close to D.C., McDaniel definitely would have felt the impacts of a nuclear weapon hitting the country’s capital. In fact, depending on the wind’s direction, we would have been one of the first areas to feel the radiation.

McDaniel was close to absolute destruction—so was most of the country—but it is still an eerie thought. The idea that the Pub would not exist, and neither would any of our dorms, or any other building for that matter, is scary; however, it really helps put the world into perspective. The world itself was close to destruction—the Lewis Bunker is a relic of that time. The bunker has been renovated and is now being put to better use; likewise, the world needs better.

The bunker is a reminder of a doomsday future narrowly avoided. Our generation is the first of many having no memory of the anxiety that prevailed during the Cold War. McDaniel has multiple fallout shelters signs on campus; on ANW, DMC, and other buildings. What’s good is that some of our students could survive a theoretical nuclear strike. However, not every bunker has been renovated in the way that the Lewis Bunker has. It now houses the TV Station, a computer lab, and some offices; instead of being prepared to censor the media, the area is now used to create content, a much better use in today’s time.

The past has a way of rearing its head in when we do not want it to. This bunker is a reminder of a past we want learn from, and a future we want to avoid.