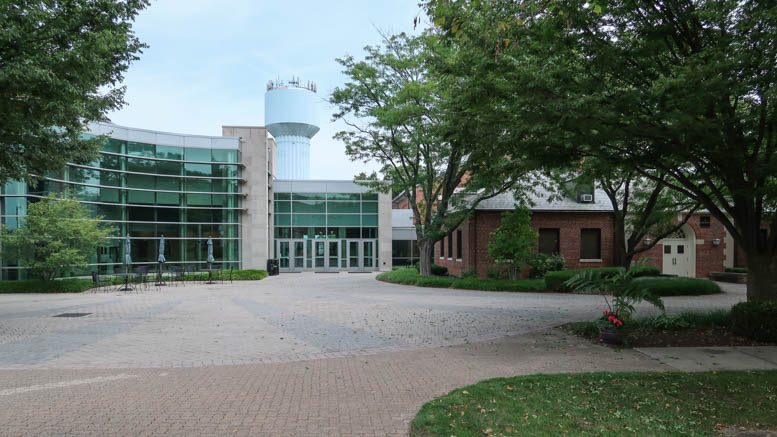 McDaniel College has begun renovations on Old and New Gill, with the goal of updating the kinesiology department, as well as making improvements to the various gym facilities.

The changes include building a connection underneath Old and New Gill, complete renovation of the kinesiology department, and building three new classrooms above the south gym of New Gill.

In the kinesiology department, major updates are planned for the anatomy and physiology, neuromuscular, and exercise science labs, all of which have as of recently been out of date and/or difficult to use. One major change that has been noted will be moving from the use of water displacement immersion tanks to more modern air displacement tanks.

Simultaneously, the offices and seminar room of Old Gill will be renovated, as to service the entire kinesiology department.

Vice President of Finance Tom Phizacklea stated that the goal of these renovations would be “giving this department, especially their faculty, the chance to all be under one roof in a central place.”

Meanwhile, the gym of Old Gill will have renovations done to add air conditioning and make the floor more suitable for a multi-use environment.

In New Gill, the changes are no less substantial. The school plans to build three classrooms above the bleachers in the south main gym, that can be also be utilized as sky boxes during games, or quiet spaces during graduations and other events in Gill. There will also be a soundproof dividing wall put in between the north and south gyms of Gill, which can be rolled out when needed.

Plans also call for the addition of a plaza on the North Village side of the Gill center, that connects to both the north gym and the Klitzeberg Pavilion. The plaza will allow entry to the north gym directly.

The planned changes, which are estimated to cost $6.6 million, will be partially funded by a $3 million dollar grant from the Maryland Independent College and University Association (MICUA). The other $3.6 million will be raised via fundraising.