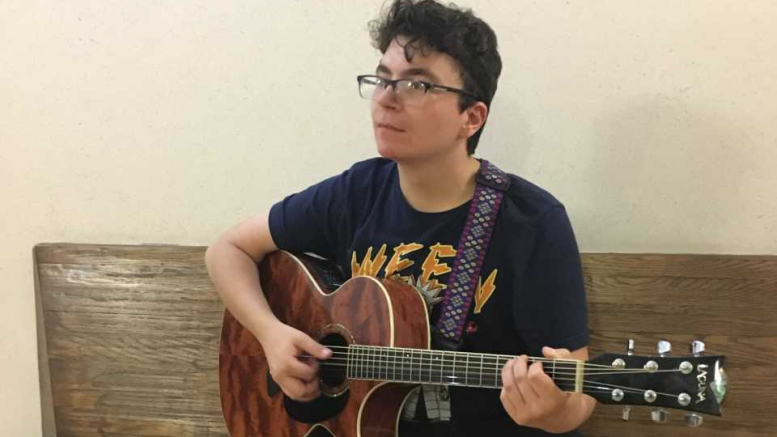 Jake Fine, president of the Live Music Club, plans to start his year off with a bang.

The club’s first-ever concert is planned for Dec. 1, right here on campus, with a lineup of talented indie bands, rock bands, and hip-hop artists.

The Live Music Club formed in the spring of 2018 and by the end of the semester, with only a small following of 10 or so members, began fundraising for their first concert. After the Involvement Fair in August, the club has grown to 51 members.

“It’s a great feeling, having amazing connections with so many great people,” Fine said. “This much growth in such a short time shows a lot of promise for the music scene on campus.”

The focus of the meetings will be on fundraising and event organization.

“Jake Fine and Jill Courtney have created an energetic and upbeat atmosphere where anyone can jump right in and feel welcomed,” he said.

According to Vice President Jill Courtney, the new group is also more than willing to host other events such as karaoke, open mics, and collaborations with other clubs with the hopes of expanding McDaniel’s music community.

“I was inspired by the do-it-yourself music scene,” Fine said, “It’s important to bridge the gap between the College and city music communities, and that’s what I want to do.”

This is no easy task. Both Fine and Courtney admitted that it can be difficult to find the time to manage the club along with their other obligations. But both stated they would not change a thing because they truly love what they are doing.

Through club fundraising, they were able to pay for private bands to come and play on campus with ticket prices around $12.

Playing at this first concert will be the punk rock band Skapparoneday, hip-hop and rap duo Timi Turnup, and Jizza Raw, indie rock band Foggy May, and the alternative rock band Modern Nomad.

Fine and Courtney brought this club to life with their mutual love of music and their desire to be involved with campus communities.

With Westminster having a limited music scene, mostly ruled by blue grass and jazz music, Fine and Courtney want to bring new musical life to the city.

“You should come check it out, you definitely won’t regret it,” Fine said.

From the Archives: Buildings of McDaniel’s past and present