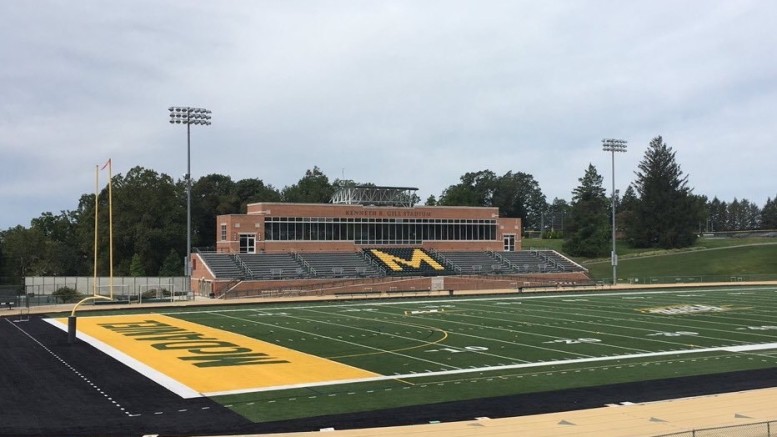 Being a college athlete is an occupation and it should be treated as one.

College athletes bring in revenue for their college, and the student-athletes should be rewarded accordingly. The NCAA makes billions of dollars a year and none of it goes to the hardworking players.

No matter what NCAA division a player is in, each player contributes to the reputation and revenue of the college. As for McDaniel College, which is an NCAA Division III institution, the football team brings an exceptional amount of people to the games – especially during homecoming, when vendors and big crowds with rows of tents come to enjoy the festivities.

Division III institutions might not bring the attention that a Division I institution does, but the drive and work ethic of student-athletes is consistent. Understanding the dedication required to balance both academics and athletics, schools should treat their athletes with higher standards.

Education is immensely important in a young person’s life. All students at institutes of higher learning should put work toward getting their degrees, including athletes. However, a student-athlete who brings attention to the school is deserving of some sort of income. Their work ethic and energy should be enough proof for a mandatory salary during the athlete’s respective sports season.

Athletes are at the crux of the well-oiled machine that is the NCAA. Without athletes’ participation, the NCAA could not operate. Student-athletes generate admission and money towards their college, but they are not compensated for their hard work.

Student-athletes get a bare minimum in exchange for the significant time commitments they make during their college experience. Every day there is practice, film study, rehab, and sometimes out-of-state tournaments. Being a student-athlete is basically a full-time job that requires people to succeed in the classroom – and on the field.

To say being a student-athlete is a sacrifice is an understatement. They must make time for homework and relationships in order to be successful in both the classroom and the field.

“Division III sports is not what people make it to be. When people hear Division III, they compare it to Division I,”  sophomore football player Tracy Easton said. “You hear things like ‘you’re not good if you go D III or D II isn’t as competitive as D I.'”

The goal of college, while sometimes blurry, can be achieved by blending athletics and academics. It is a time where the universal aim is to become a better individual through challenge.

“College is about finding the best fit for yourself in order to reach success,” Easton said. “I am glad to be a part of the D III community.”

Having a form of payment for college athletes is understandable, as they must have the responsibility and dedication to fulfill their roles.

Sports are a huge part of universities and they are a factor that draw people towards schools. Having a strong tight-knit community, such as McDaniel, is important when recruiting and building a foundation for athletic programs.

Football is seen as a major sport, and it brings more than just a fan base to the school: it adds to the community.

“Football brings an exciting atmosphere to the school. Seeing the Hill packed on Saturdays is overwhelming and also heartwarming,” Easton said.

The values and character sports can build are key to athletes.

“Football brings outstanding, courageous men, which can benefit this world and environment in many ways,” Easton said. “Football at McDaniel College builds a foundation for people who play and prepares them to succeed in life.”

New York Will Be Giant Task for Patriots