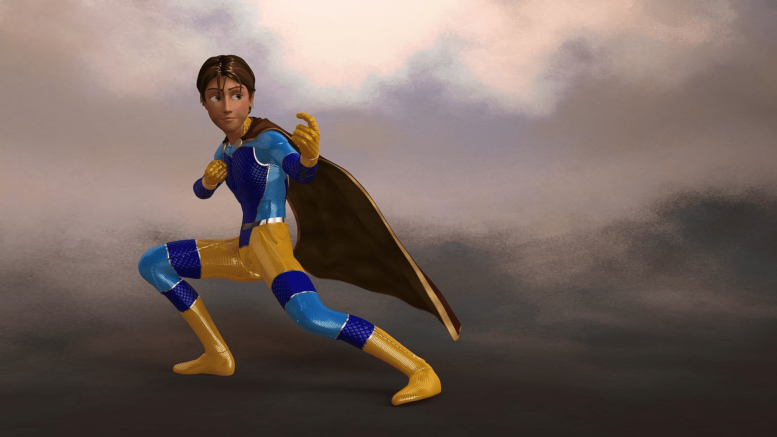 Superman was the first character to have a big-budget superhero film in 1978 when Richard Donner directed a film named after the character.

It was a box office success that spawned so many sequels. People loved this character. How could you not? An image of a benevolent and altruistic individual was very inspiring to an average person. Superman made us want to aspire to be more like him; to be strong and help others. However, I would argue that the overabundance of superhero films produced recently has a more negative effect on its viewers that they may not be noticing.

Superhero films are very entertaining and immersive. Their world is vast and they even call it a “Cinematic Universe.” It’s easy for people to get lost in this world so people spend their money to go and watch these movies. These films are now probably among Hollywood’s most profitable franchises, which means they’re not going to stop making them anytime soon. I’m not saying to boycott these films, but I just want people to be aware of these negative effects that I picked up on recently, from watching my favorite superhero film this summer, The Incredibles 2.

If you haven’t seen Incredibles 2, then this is your spoiler warning. Written and directed by Brad Bird, this film is probably the most subversive superhero movie I’ve ever seen. It starts directly after the events of the first film where the Parr Family saves the day from a villain known as the Underminer. The city was a wreck after the superhero showdown, which gave supers a bad reputation. The Incredibles were yet again forced to hide themselves from the world until a media mogul named Winston Deavor, along with his sister, contacted the Incredibles and told them about their plan to use their media resources to get the Superheroes reinstated.

Later in the film, Helen faced the main villain, Screenslaver, who was later revealed to be Winston’s sister, Evelyn. Her plan was to use screens to hypnotize superheroes and broadcast them doing horrible acts to prevent the law against superheroes from getting reversed. In the end, The Incredibles thwarted Evelyn’s plan and she was then sent to prison.

At first viewing, I enjoyed the film a lot, but I was left with this weird feeling that I was missing something. After re-watching the film two more times, I’ve finally cracked the message that Incredibles 2 was trying to tell. It is that Superheroes are among the reasons that make us easily manipulated if we don’t know how to critically analyze the images we see on screen.

An example of how easily manipulated people can be is shown in the film where Elastigirl saves people left and right. However, it seems to only be valid and true if it was being recorded and shown through a screen.

This is a great example of an idea that was introduced by French sociologist and philosopher Jean Baudrillard. In his book, “Screened Out,” Baudrillard states that “video, interactive screens, multimedia, the Internet, virtual reality — we are threatened on all sides by interactivity. What was separated in the past is now everywhere merged.”

To simplify, Baudrillard believes that people can enter a state of “interpassivity” where we no longer have a clear distinction between the media we’ve invested in and the lives that we lead. If anything, Baudrillard believes that what is displayed on our screens actually supersedes reality. Therefore, the images people are fed of a benevolent individual fixing their problems can make people give up their agency to them.

I’m not saying that when people watch superhero movies, they’re literally waiting for the characters on screen to come out and save them, but it can subconsciously give people the idea that a transcendent individual can save us all. And the most noteworthy word is “individual” because it’s contrary to what will create a lasting solution to our problems: people working together toward a common goal.

Movies like Incredible 2 have made a statement on how damaging superheroes can be for us. Should we even still watch them knowing that they can make us docile? Of course we should. It’s always great to go and have a fun night at the theater with family or friends, especially now that we’re more aware of the problem. Maybe if Hollywood didn’t just mass produce superhero movies this much then these movies could be more profound and meaningful rather than big spectacles and explosions on the screen.

I speak harshly of these movies because I love them. And I say this because not all superhero movies are horrible.

There are movies like The Dark Knight, Logan, Black Panther, Winter Soldier, and Wonder Woman that are transcendent to what we usually consume. The reason for this is that these movies have tapped into what I believe is the secret to a good superhero movie: they can exist whether they revolve around the superhero or not.

A student’s concern: cutting departments may lead to lack of the liberal arts