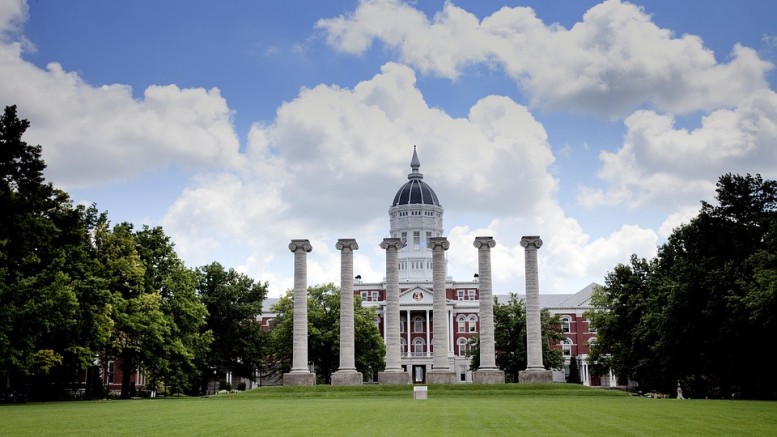 Stories of protests on college campuses have been making national headlines. These stories are still unfolding and new info is coming out every day.

Claims of racism have plagued the University of Missouri and a rash of student protests have led to multiple resignations, including that of the President. The Yale protests started over Halloween costumes, which students have called offensive; many students demand the firing over the suggestion from a member of administration who dared to question the idea that perhaps people should be able to wear whatever they want on Halloween and others should be open to this.

These are delicate issues, but there is an obligation present to call something for what it is: these protests are as much about entitlement and PC culture as they are about race. Furthermore, the behavior of some students has been downright horrid, which deserves to be acknowledged.

While I am sympathetic to anyone who has faced racism in their life, that doesn’t mean these protestors are necessarily in the right. Missouri students gathered around a student activist engaging in a hunger strike over claims of racial slurs and a swastika being found on campus. Tasteless yes, but are these few instances really grounds for the dismissal of the school’s President?

What about Yale? All a member of administration did there was suggest that perhaps people should stop worrying about what others wear on Halloween. If they really have a problem with it, says the administrator, they ought to ignore it or engage in productive dialogue. Students are now calling for this person’s removal and demanding an apology. Apologize for what? A polite, measured, and rational response to what should have been a minor controversy?

The fact that anyone could claim offense over such a situation is mind-boggling. Yet, a video exists of a student screaming at the husband (also a faculty member) of the professor in question while a large crowd does nothing. The disrespect in that video is shocking. The student who acts in this manner claims she deserves respect yet has none for anyone who dares to raise the slightest objections to what she believes.

This student does not deserve respect and it is she who does not deserve to continue to be a part of that school’s community. Frankly, I would expel her and I would do so without a moment’s hesitation.

Add to the video of students bullying a photographer for simply wanting to take pictures. A professor tells the cameraman he cannot film on public property and calls for “muscle” to remove him. This is borderline fascist behavior, coming from a professor no less. Demands for “safe spaces” and inclusion are prominent. Yet, where is the inclusion for anyone not standing the protesters?

In addition, protesters complain about hurtful speech and not feeling safe. This is simply PC culture running rampant. Unfortunately for them, they live in a country that holds the first amendment in high regard. Despite the recent video of a student claiming the first amendment doesn’t protect students “creating a hostile and unsafe learning environment.”

There is no law entitling her protection from hurtful or upsetting speech; it’s a fundamental right of our democracy that anyone can say anything they want, which many of these protestors seem to have trouble grasping. How do some of these people expect to survive once they are out of college and dealing with the real world? That is, a place with no safe spaces, where people have to hear things they don’t like and free speech cannot be shut down.

The reason I ask what we can learn from this is because there are lessons here. These protestors demonstrate the value of tolerance and the pitfalls of the ‘outrage culture.’ They show us all what political correctness looks like when taken to the extreme and they remind us of the value of free and open debate in our society