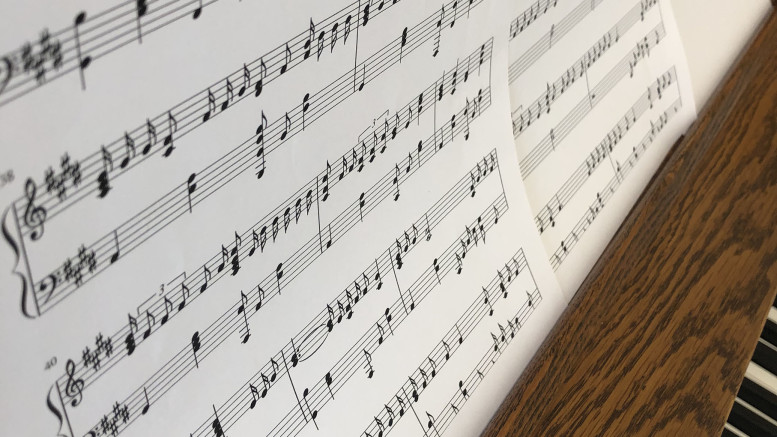 One of my earliest school memories takes place in kindergarten. The whole class had gathered together and headed out to music class. We were all given wooden sticks and we created a song; some of us would hit them together, others would sing, and suddenly we were creating the next new hit of 2006. Later in second grade I distinctly remember having learned this song that tells of all the continents. I still remember all of them, and the tune of the song to this day.

But you might just say, “So what? We all learned songs in elementary school and maybe high school; you’re not that special.” But that is my point. To remember certain concepts, ideas, and definitions, kids are taught songs. Music class might have seemed dumb to you growing up because you “had to do it” and “only weird people were in the choir, orchestra, or band.” But I bet you go around listening to music all day when you are walking, doing homework, or just eating lunch.

Music programs are an essential part of everyone’s life, and unfortunately they are slowly being cut from elementary schools, high schools, and colleges. I believe this is an issue not enough people talk about.

Maryland is one state among many that, in recent years, has had multiple schools begin to cut music programs from the system. This past June, the Howard County Board of Education came upon a financial problem, and had to make some cuts. They cut $500,000 worth of music equipment.

Over in neighboring Montgomery County, similar decisions are being made. Multiple music programs were cut from the large public schools that are located in Montgomery County, including Rockville High School and Northwood High School. With these sorts of cuts being made, it will be hard for the children in those areas to ever truly reach their full musical potential. Not only does this cut in music programs affect the availability for the musically talented to have an outlet, but music is beneficial to everyone and this sort of cut is affecting them as well.

High schools and elementary schools are not the only places music programs are struggling to survive, but colleges are part of this as well. Goucher College located in Towson has cut music from being a major and minor, and has even cut its theatre major. Even our own McDaniel College has executed some cuts as far as our music programs go. Earlier this year, the Board of Trustees voted to have our music major and minor disposed of. While ensembles such as choir and band are still available, as well as private music lessons and some music literature classes, other classes like music theory have the potential to be lost with the formal programs.

As mentioned before, music isn’t something that is only beneficial for those that are musically talented. It doesn’t matter if you are able to play an instrument or not; you can still be influenced by music. Music helps with memory and memorization because of how we can link musical tones with certain words. Music also has the power to relax and calm people who are stressed, due to how it sends a message to our brains that signals a relaxation response. Among multiple other benefits that music has on individuals, music can even spark creativity. This spark can be ignited in the person who is performing or listening. That is how strong and significant music really is.

Music is ever present, and always changing. Even throughout the ages it has been taught, and there is a reason for that. Music originated when the world began, and not providing means in which children and young adults can learn to play and express their musical ability is endangering our generation’s contribution to history.

Nanotech: A small solution to a big problem

The Case for Studying Abroad at McDaniel Europe