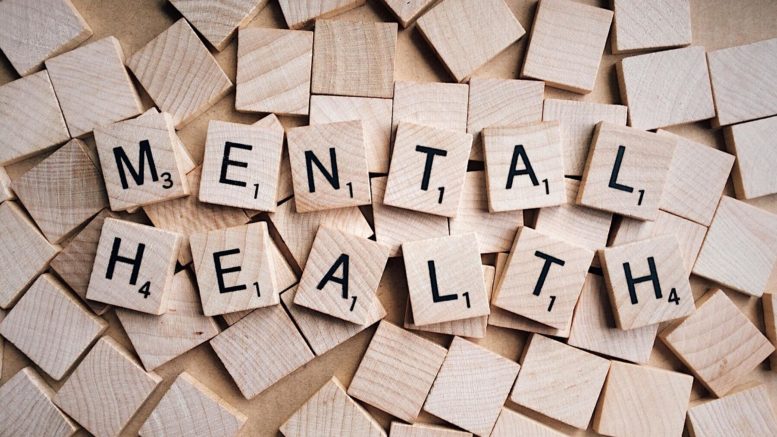 Growing up, mental health was not a topic of conversation in my household. In middle and highschool I had debilitating anxiety, but I was told by my family that I was just shy. I was terrified to be called on or to talk to anyone in class. Just the thought of presenting in front of the class would make my heart race and palms sweat. I often remember taking “bathroom breaks” just so I could escape and breathe.

Towards the end of highschool, I remember realizing I couldn’t live feeling this way anymore. I reached out to my family about how I was feeling and was told that this is how everyone feels, but my mom still thought I should talk to a therapist. After speaking with my therapist for about six  months, and using the coping mechanisms I learned, I still felt unbearably anxious. I decided to open up to my pediatrician at my annual appointment. When sharing my symptoms, my pediatrician recommended that I be put on SSRI, an anxiety medication. Since I was a minor my guardian had to approve. She did not.

The anxiety continued. I went from being a straight A student to struggling to pass the classes I needed to graduate. I moved out, would leave school in the middle of the day, and was constantly on the verge of tears. My symptoms continued to escalate; I was becoming more desperate for help.  The second I turned 18, I went back to my pediatrician and was finally prescribed the SSRI I was initially offered months ago. My life changed. Like many, I was initially scared of being put on medication. I’m not saying that medication is for everyone, but being put on medication allowed me to be who I felt I was always supposed to be.

To anyone who knows me now I think this story would surprise them. While I am no longer this “shy” girl I was in my youth, I still suffer with my anxiety and depression daily. When you hear people speak out about mental health, it’s their success stories.  I remember reading them,  looking for hope, but it only felt humorous. When you’re in a deep pit, it’s hard to relate to those success stories. I think the most important thing to remember is that your path is not linear. Some days are going to be harder than others, and you’ve survived 100 percent of your worst days; this too shall pass.

I’m sure you’ve probably seen a bunch of mental health tips, but these are some that I believe have truly helped me:

1.    Get outside!- Vitamin D comes from the sun, which always boosts my mood. When the weather’s nice, I always try to enjoy my breakfast on the porch for a bright start to the morning.

2.    Get moving- Although it can be hard to start, exercise is clinically proven to reduce anxiety and depression. I always feel 100X better after I sweat it out at the gym.

3.    Reduce use of social media- Social media is a highlight reel of people’s lives,  which will lead to unhealthy comparisons to your peers or people you have never even met. Not to mention, mindless scrolling is such a time waster!

4.    Vision boards- Create a visual representation of your goals. This can be a collection of text and images that will inspire you to realize your goals on a daily basis.

I hope you know that you’re not alone and more than capable of achieving your dreams.